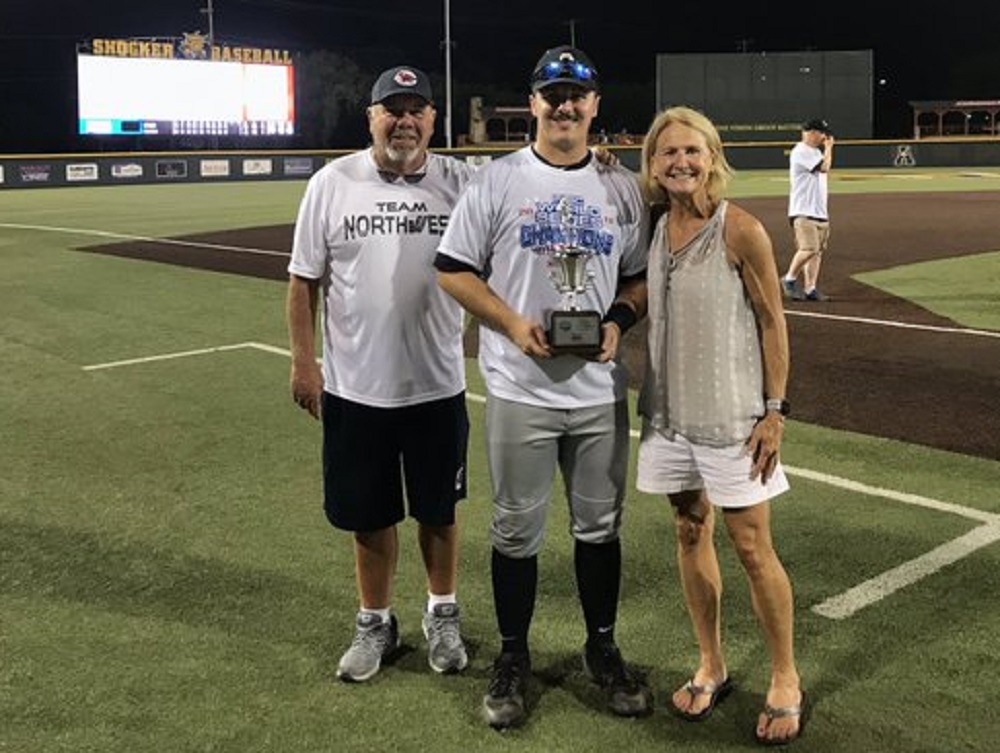 Game 2 of the West Coast League’s South Division playoffs between the Knights and the Walla Walla Sweets is set for 6:30 p.m. Wednesday at Goss Stadium. We lead the best-of-3 series 1-0 after winning 6-3 at Walla Walla on Tuesday night in Game 1.

Right-hander Jackson Arnsdorf (5-1, 1.70) of Corban University is our scheduled starter.

We will host Game 3 (if necessary) at 6:35 p.m. Thursday. Playoff tickets are available by clicking here.

Victoria defeated host Wenatchee 5-1 on Tuesday in Game 1 of the North Division playoffs. Game 2 is Wednesday at Victoria. Game 3 (if necessary) would be Thursday at Victoria.

The final schedule for the WCL Championship Series has not been set as yet. Stay tune for an update once the finalists are determined.

Knights alum Henry Cheney (2017, pictured above), a senior-to-be at the University of Portland, was named the MVP of the National Baseball Congress World Series after leading the Seattle Studs – a team founded in 1954 by his grandfather – to a 5-4 win over the Cheney Diamond Dawgs in a game played at Wichita, Kansas.

Henry hit .429 (9-21) in six games, with four RBIs, in the series, and scored the winning run in the title game. For more information, please click here.

The old Aloha Knights won the WBC championship in 2004.

Lots of new about the just-completed regular season on our website, compiled by El Presidente, Knights Baseball CEO Dan Segel.

Some updates on our alums in professional baseball: