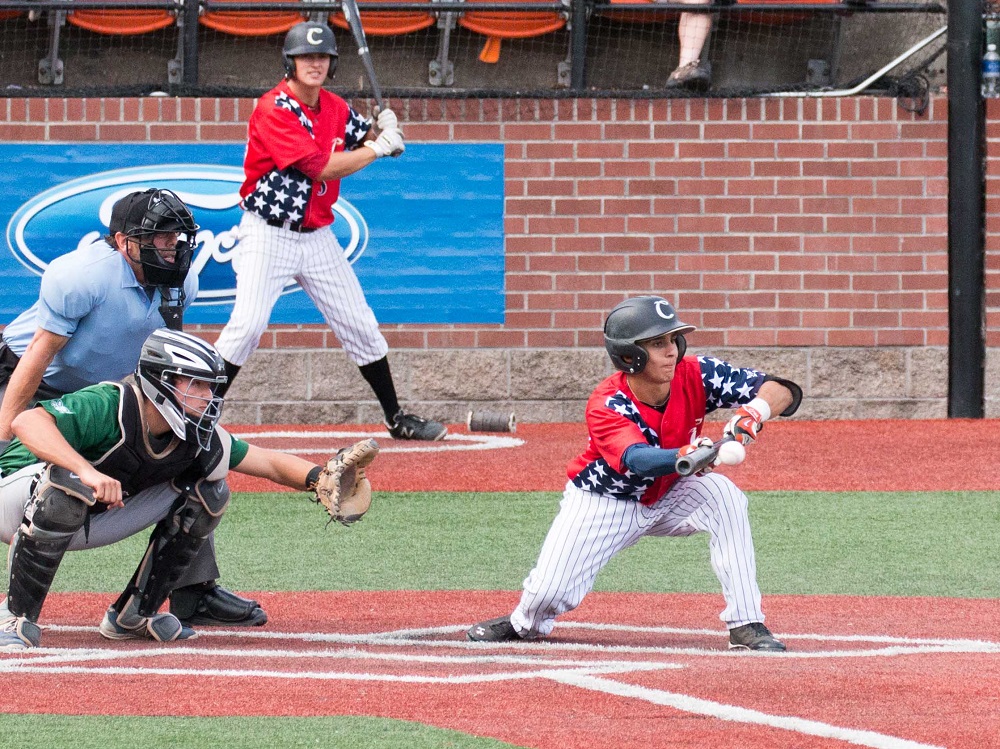 Happy Wednesday, everyone, from the world-wide headquarters (WWHQ) of the Corvallis Knights.

Alum Nick Madrigal (2015) continued his meteoric rise through the Chicago White Sox system on Wednesday when the former Oregon State infielder was promoted to the Charlotte Knights of the Class A International League.

Now it’s on to Charlotte. Nick, who earned all-WCL honors the summer before his freshman year at OSU, has struck out just 16 times in 520 at-bats since turning pro.

Also, Arizona sent pitcher Matt Andriese (2009) to the Arizona Rookie League Diamondbacks on injury rehab. The former UC Riverside ace has been on the injured list since July 20 with a bruised foot.

Our WCL schedule continues at 6:30 p.m. Wednesday against the Portland Pickles at Goss Stadium. Corban’s Jackson Arnsdorf (4-1, 1.40) will start for the Knights on Wednesday; Bend’s probable is undetermined.

Our first home playoff game will be Wednesday, Aug. 14. We will host Game 3 on Aug. 15, if necessary. Playoff tickets are available by clicking here.

The Championship Series starts on Aug. 17 and resumes on 19, following a travel day. A Game 3, if needed, will be Aug. 20. The team with the best regular-season record will earn home-field advantage.

Durham (AAA International, Rays) first baseman Dalton Kelly (2015) was 3-for-5 with two runs, raising his average to .291, in a 7-6 loss to Gwinnett on Tuesday night to earn Corvallis Knights Minor League Player of the Day honors. He played at UC Santa Barbara.

Our 2019 regular season is two-thirds completed but there are still five more home games! Our next home game is Wednesday against the Bend Elks.

That’s all for today. See you again next Wednesday!