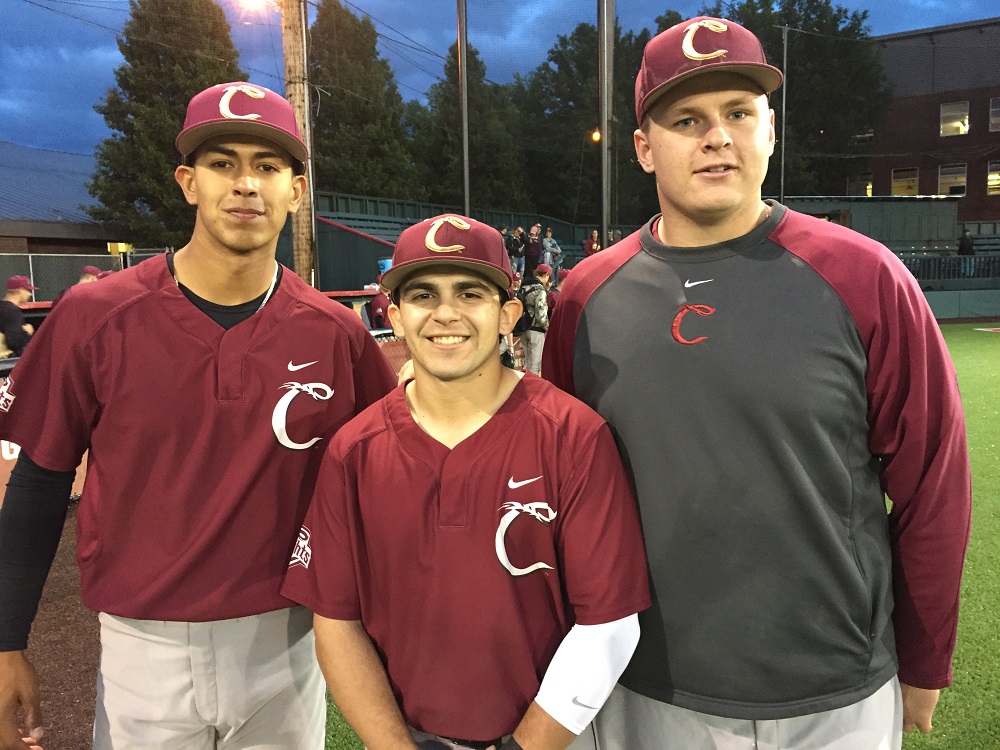 The Knights got 4.2 scoreless innings from their bullpen to help defeat Cowlitz to win the season-opening series against their South Division rival.

Lefty Ross Massey (Tulane) started for the Knights (2-0 all, 2-0 WCL), allowed three runs in 4.2 innings, and left with a 4-3 lead after walking two batters in the fifth. Returnee Jacob Fricke (Western Oregon) escaped that jam and went 2.1 scoreless innings; returnee Louis Crow (San Diego) pitched the final two frames for a six-out save. Fricke was credited with the win.

Left fielder Emilio Alcantar (Lewis-Clark State), a three-year Knight, was 2-for-4 with a solo homer, a single and two runs. Third baseman Andrew Barrera (Concordia) hit his third double of the series and drove in two runs, and right fielder Jordan Qsar (Pepperdine) had an RBI double, a run and three walks.

Corvallis scored three times in the first on a two-run double by Barrera, and Qsar’s  RBI double. Cowlitz drew within 3-2 but Alcantar led off the fourth with his homer for a 4-2 advantage; the Black Bears got within 4-3 in the fourth but did not score again.

The series concludes at 5:05 p.m. Sunday.  Jordan Horak (Portland) is the scheduled starter for Corvallis, opposed by CJ Blowers of Edmonds CC in a matchup of left-handers.

Corvallis is idle on Monday and Tuesday. It hosts the Portland Sea Dogs at 10 a.m. Wednesday in a nonconference matchup on the sixth-annual Science, Art and Engineering Day at Goss Stadium.