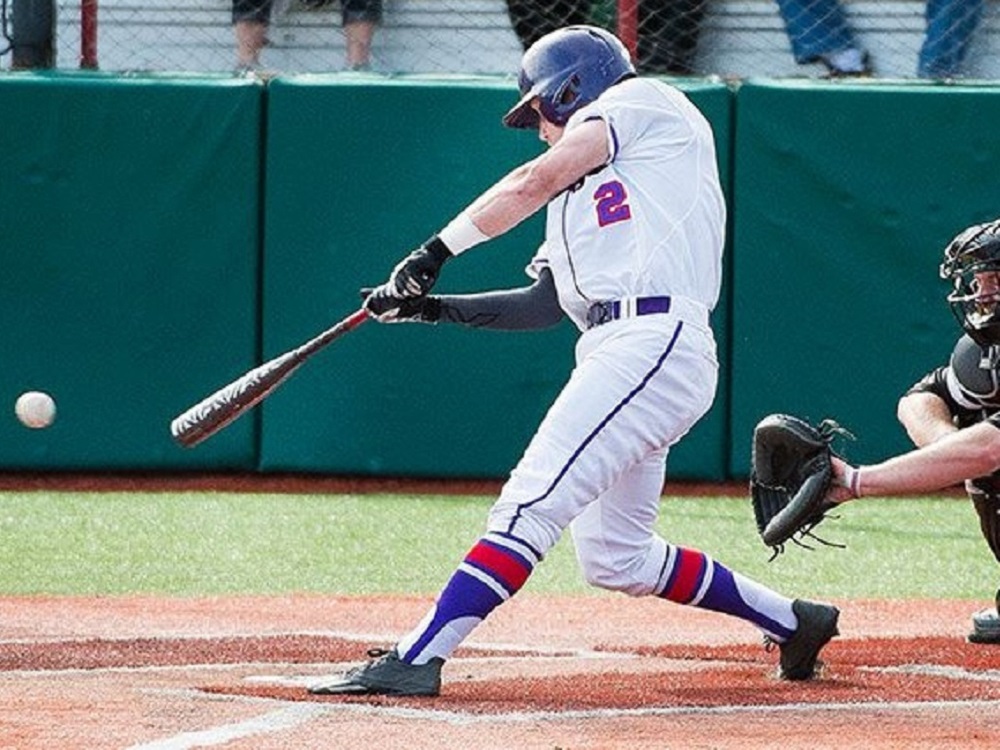 Catcher Jace Duty (Chemeketa) laced a two-run double and second baseman Brady Rediger (pictured, Linfield) added a two-run single to highlight the outburst. The Knights capitalized on four walks and two hit batters in their biggest inning of the season to date.

The Knights (3-0 all, 3-0 WCL) didn’t score again but the seven-spot was more than enough. Starter Jordan Horak (Portland) allowed one unearned run in four innings in his first Corvallis appearance and five relievers worked one inning apiece. They combined to limit the Black Bears (0-3 WCL) to four hits and one earned run to complete the sweep.

The Corvallis bullpen allowed just one run in 14 innings in the three victories over their South Division rivals. Knights relievers tossed 3.1 scoreless innings in a 4-0 win on Friday night, and 4.2 more in a 4-3 win on Saturday night.

Central Washington lefty Dillon Larsen picked up the win in his Knights debut as he pitched a scoreless fifth inning. Dom Baker of Corban, Tanner Cantwell of Treasure Valley, Austin Crowson of Lane CC and Jordan Qsar of Pepperdine all made their pitching debuts for Corvallis.

Corvallis is idle on Monday and Tuesday. The Knights host the Portland Sea Dogs at 10 a.m. Wednesday in a nonconference matchup on the team’s sixth-annual Science, Engineering & Art Day at Goss Stadium, which is sold out.