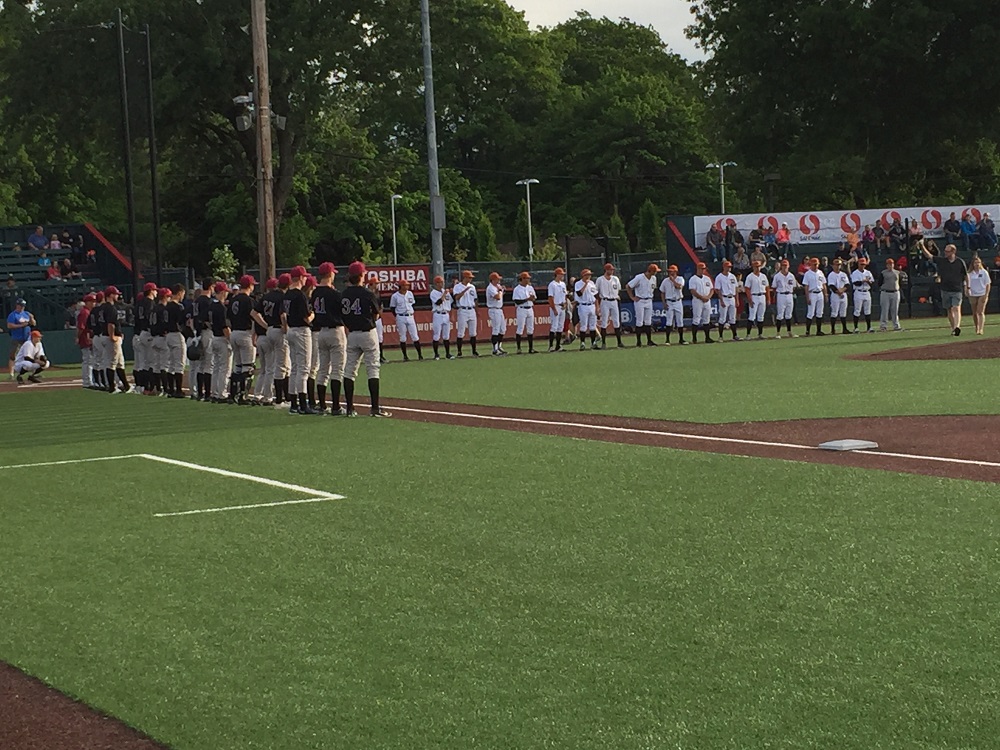 LONGVIEW, Wash. – The Corvallis Knights opened the 2017 West Coast League season with a 4-0 victory over the Cowlitz Black Bears on a pleasant evening at David Story Field.

Starter Cason Cunningham of Linfield tossed 5.2 scoreless innings to earn the win for the Knights (1-0 all, 1-0 WCL). He allowed just two hits, struck out seven and threw 63 strikes in 93 pitches.

The Knights took a 1-0 lead in the second inning on a double by Tanner Cantwell (Treasure Valley CC), a groundout and a passed ball. They made it 2-0 in the fifth on a double by Barrera, a wild pitch, a walk and a double steal.

Rediger singled and eventually scored on a wild pitch in the sixth to give Corvallis a 3-0 advantage. Barrera doubled again in the ninth and scored on a single by Duty for the Knights final run.

The series resumes at 6:35 p.m. Saturday; Tulane lefty Ross Massey will start for the Knights, opposed by Washington State righty David Wallum. Portland’s Jordan Horak is the scheduled starter for Corvallis in Sunday’s 5:05 p.m. finale. CJ Blowers of Edmonds CC is set to start for the Bears in a matchup of left-handers.

Corvallis is idle on Monday and Tuesday. The Knights host the Portland Sea Dogs at 10 a.m. Wednesday in a nonconference contest on the team’s sixth-annual Science, Art and Engineering Day at Goss Stadium.