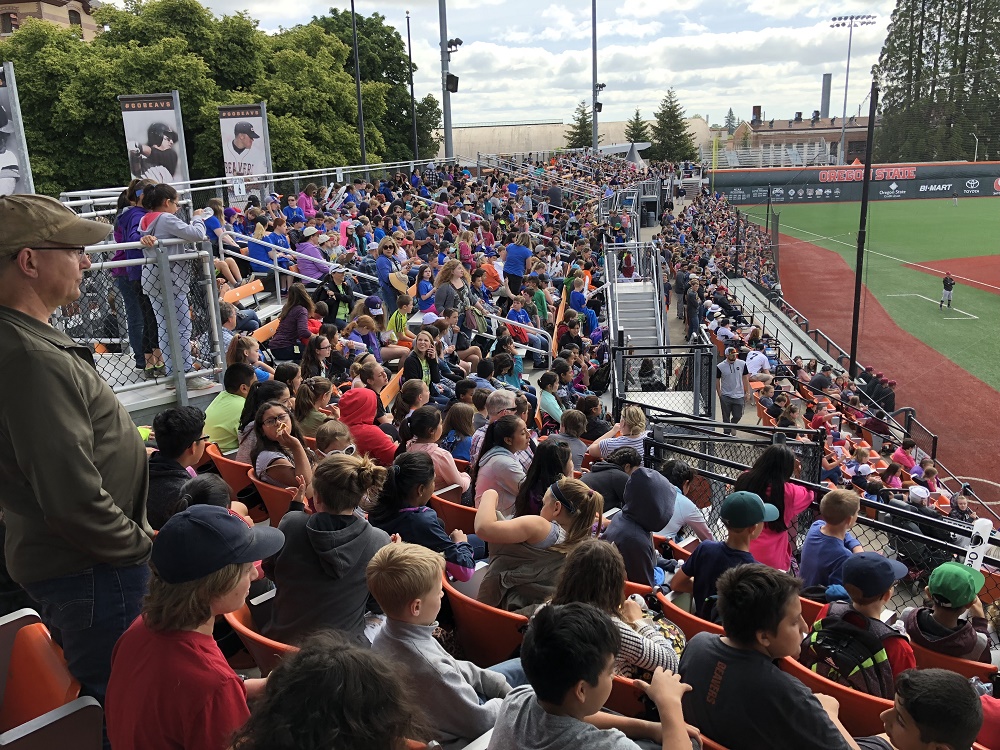 The Corvallis Knights fell 5-4 to the Portland Sea Dogs on Wednesday before a franchise-record crowd of 3,581 that jammed Goss Stadium on the seventh annual Science, Engineering & Art Day contest.

It was the earliest opening day in team history. The old attendance record of 3,506 was set on July 3, 2009, in a Fireworks Night game against the Bend Elks.

Six walks, two hit batsmen and four errors hurt the Knights, as all the Sea Dogs runs were unearned. Portland had only four hits, just one after the third inning.

Reliever Jordan McDaniel (LBCC) pitched 3.1 scoreless, hitless innings to lead a bullpen that did not allow a run over the final 5.1 innings. Connor Knutson (Portland) and Trevor Wells (LBCC) each added a scoreless frame.

Corvallis opens the West Coast League season at Kelowna on June 6. The WCL home opener is June 12 against Wenatchee.

The Knights are the two-time defending WCL champions and expect to have 10 players back from the title team. Wells and shortstop Chad Stevens were the only two of that group to play on Wednesday.

The majority of the roster consisted of 10-day signees added to the club for early-season depth. The entire group of full-time players will arrive with the end of their academic years or competitive seasons; several are competing in the NCAA tournament, which begins Friday.