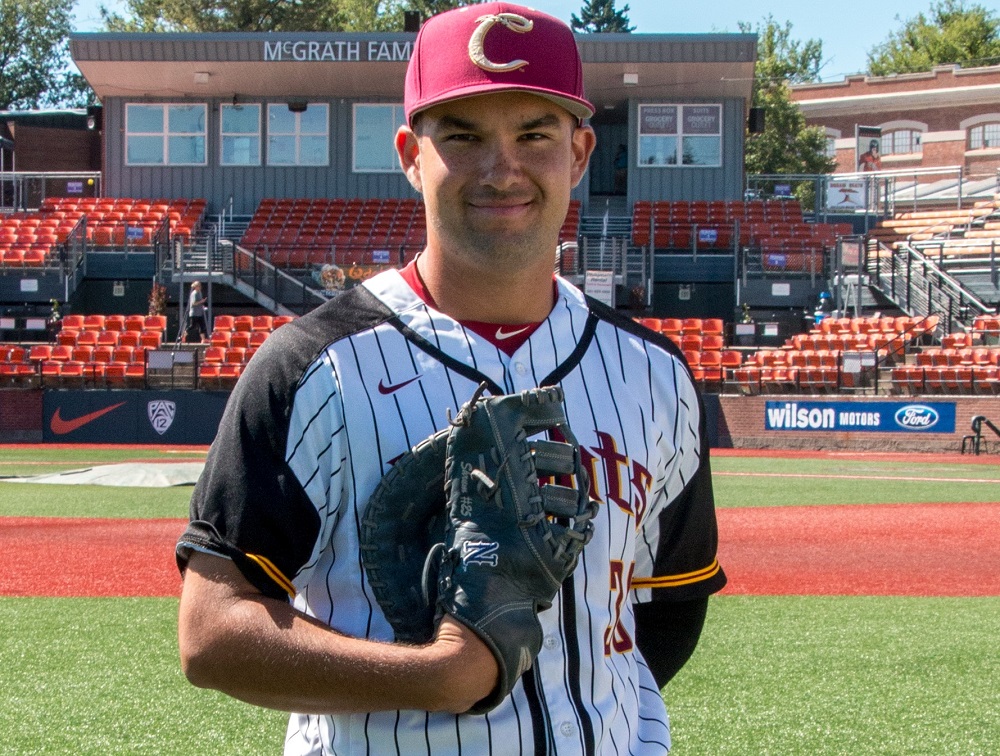 CORVALLIS, Ore. –  Reliever Hazahel Quijada fanned seven of the first eight batters he faced and the Knights defeated Gresham 7-2 in the rubber game of their South Division series.

A rising junior at UC Riverside, Quijada entered the game in the top of the sixth with two on and one out and the Knights clinging to a 4-2 lead. He got two outs to end that inning, struck out the next six GreyWolves in order, and completed the 3.2-inning save with a scoreless ninth.

“I worked on my fastball location and getting my secondary pitches to be strikes,”   said Quijada, a rising junior at UC Riverside who also played for the Knights in 2016. “We’ve had a rough couple of games.

“It’s nice to finally win the series. We put up a lot more runs than we have in the past few games.”

Corvallis took a 4-0 lead in the second inning. Doubles by Taylor, Gabe Matthews (Oregon) and Darren Nelson (Cal Poly) made it 2-0 and Willy capped the rally with a two-run homer, his second in WCL play and third overall.

Qsar doubled and scored on Taylor’s RBI single in the sixth for a 5-2 lead. He and Taylor homered in the seventh to complete the scoring. Taylor, who had three hits and two RBIs, has four homers in WCL play and five overall.

Starter Cole Spear (UC Irvine) allowed two runs and five hits in a season-long 5.1 innings. He struck out six and improved to 3-1.

The five-game homestand end at 6:40 p.m. Saturday with a nonleague game against the Oregon Collegiate Baseball League all-stars. Nelson (2-1, 1.62) is the projected starter for the Knights.