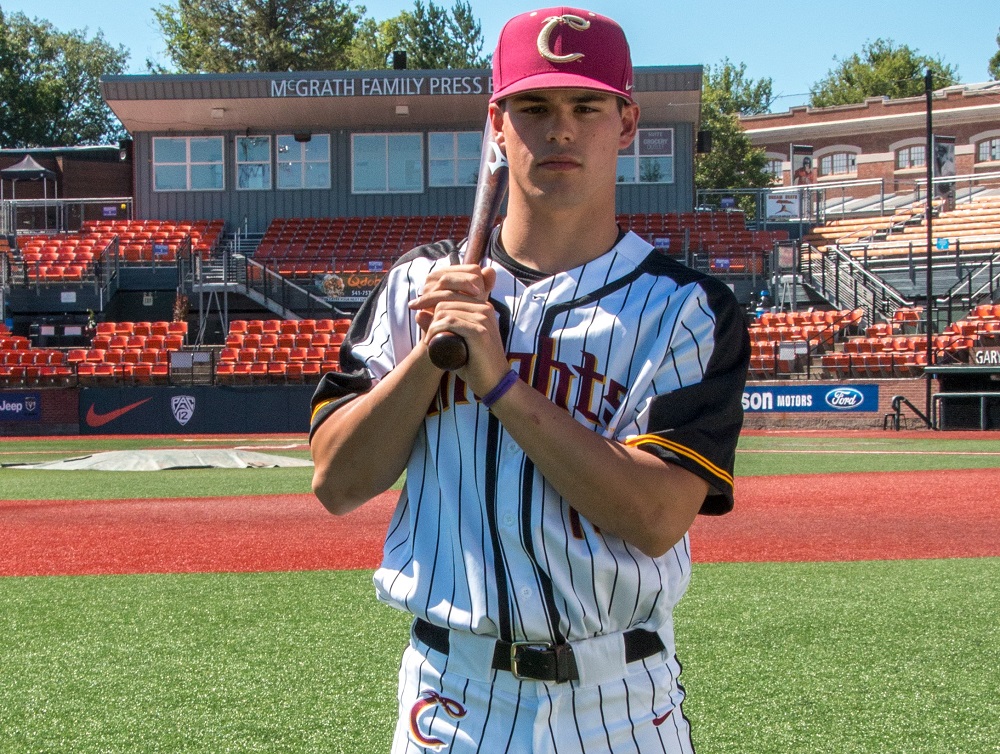 CORVALLIS, Ore. –  The Knights wrapped up a perfect nonleague season with an 11-1 victory over the Oregon Collegiate Baseball League All-Stars at Goss Stadium.

Catcher Chase Duty (San Jose State, pictured above) doubled three times, singled, scored twice and drove in three runs for the Knights (36-18, 30-18 WCL, 13-8 second half). They scored six runs in the first inning and cruised to their sixth nonleague victory of the summer.

Starter Darren Nelson (Cal Poly) and five relievers combined for 14 strikeouts and held the all-stars to six hits. Jordan Horak (Portland) struck out four in two innings and was the winner.

The OCBL is a four-team league based in the Salem area. Most of its players are from Corban, Western Oregon, Linn-Benton CC and Chemeketa CC.

The Knights are idle Sunday and Monday. They open a three-game series at Wenatchee on Tuesday; Cal Poly righty Connor Redmond (1-2, 3.00) is the scheduled starter for the Knights. That series continues through Thursday.

The Knights close out the regular season by hosting Yakima Valley this Friday through Sunday. The playoffs begin Aug. 8.