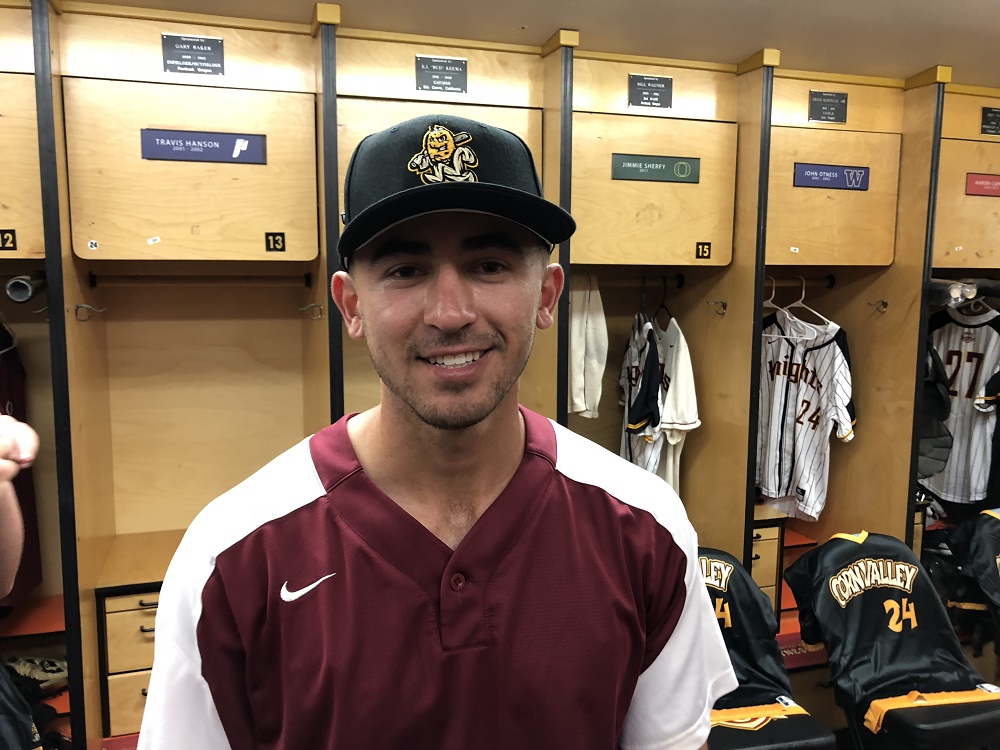 Beau Philip (pictured, above) and Austin Feist hit the first Goss Stadium home runs of the summer for the Knights in a 13-5 loss to Portland in the rubber game of their South Division series.

Corvallis led 3-0 after the first inning but the Pickles bounced back and hammered Knights’ pitching for 13 runs and 17 hits, two nights after they pounded out 17 runs and 21 hits in a 17-2 victory in the series openers.

Philip, a star at San Joaquin Delta College who will play at Oregon State in 2018-19, had two hits and two RBIs. Feist (St. Martin’s) and Cody Hawken (Portland) also had RBIs; Hawken’s double was OSU’s only other extra-base hit.

Friday’s scheduled game with Walla Walla has been postponed so the NCAA-champion Oregon State baseball team can host a victory party at Goss Stadium. It will be played as part of a 12:30 p.m. doubleheader on Sunday.

So, the Knights open a key WCL series with South Division co-leader Walla Walla at 6:30 p.m. on Saturday. Daniel Slominski (0-0, 1.92) is the scheduled starter for the Knights; Walla Walla’s probable is undetermined.

Tickets for Friday’s game will be honored for both games on Sunday.