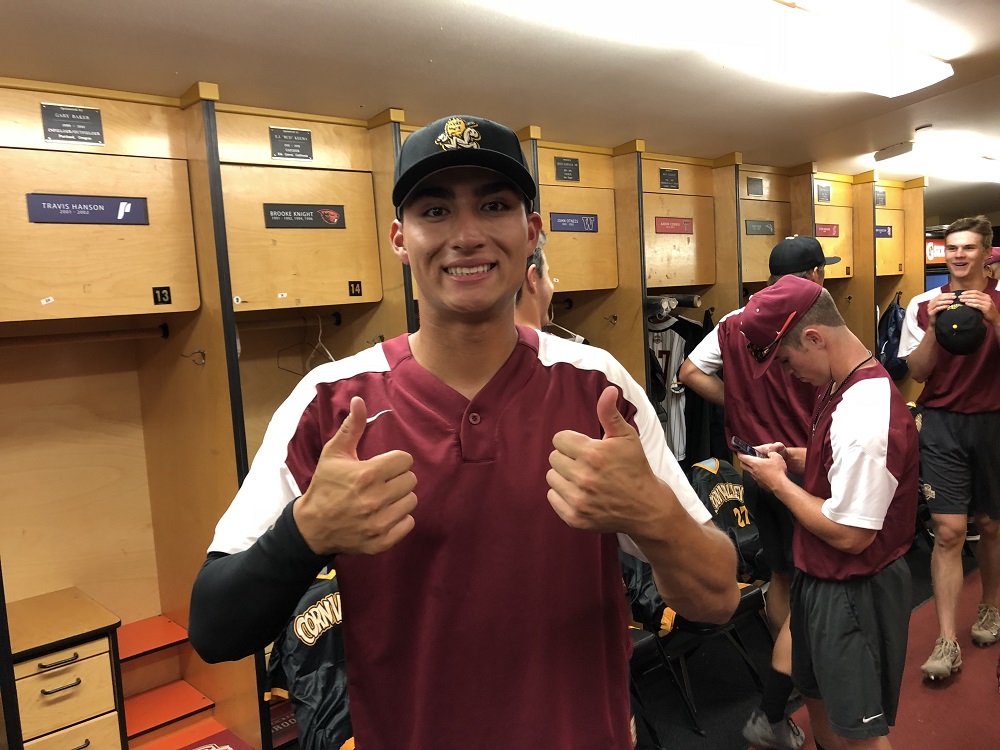 The Knights rallied for eight runs in the seventh inning and defeated Portland 9-4 at Goss Stadium  to even their West Coast League series at one game apiece.

Briley Knight (Utah in 2018-19), Cole Cabrera (Cal Poly) and Austin Feist (St. Martin’s) also had RBIs in the big inning. All eight runs were unearned, thanks to the two errors.

Pitcher Cameron Haskell (pictured, above) shut down the Pickles over the final three innings and got the win. He did not allow a hit, struck out five, and faced only nine batters as he picked off the lone Pickle to reach base safely.

Olsson said the Knights found the resolve to come back from Tuesday, when they were destroyed 17-2 in the series opener, and from a lackluster first six innings on Wednesday.

“We were more energetic,” he said. “Baseball is baseball, there are on and off games, like last night. We’re here to play and have fun.”

Knight and Stevens had two hits, a run and an RBI. Brendan Beck (Stanford) scored twice.

Corvallis and Walla Walla (13-8) remained in a virtual tie for first place in the South Division. Portland fell to third place, one game back.