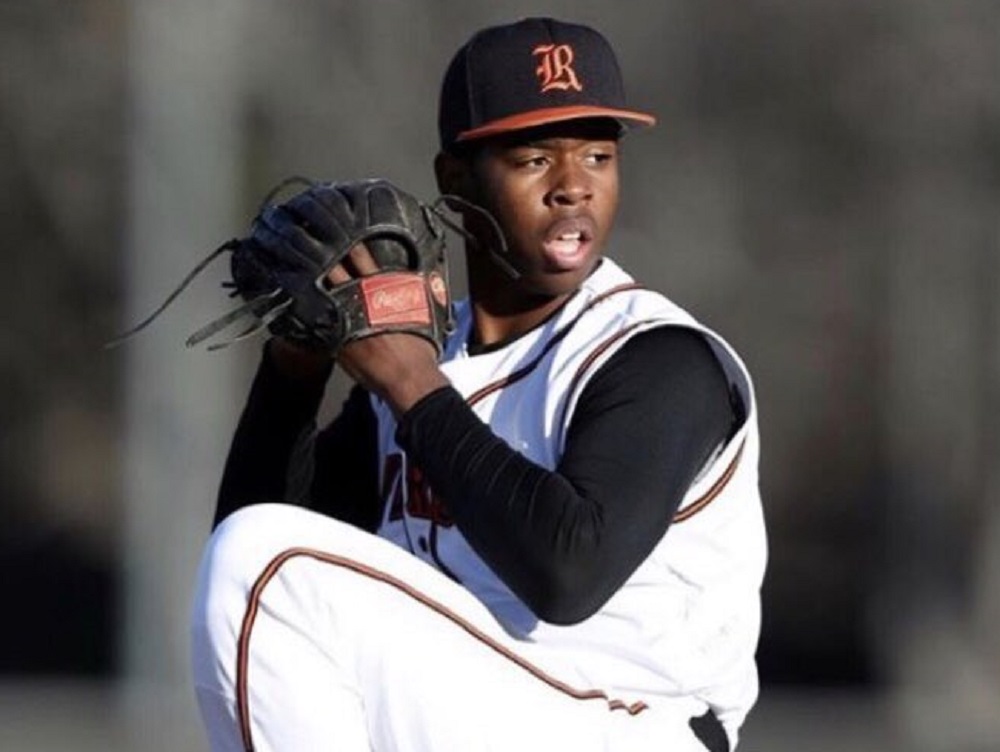 BELLINGHAM, Wash. – Reliever Marques Johnson earned his second save and the Knights rallied to edge Bellingham 5-4 in a West Coast League game at Joe Martin Field.

Corvallis scored the winning run in the ninth without a hit. Andy Atwood (Texas Rio Grande Valley) walked, went to second on another walk, took third on a passed ball and scored on a wild pitch.

A rising sophomore at Riverside City College who joined the team on July 17, Johnson (pictured, above) gave up a one-out single but then retired the Bells without incident in the ninth. He also saved a game at Cowlitz on Aug. 3, and has not allowed a run in six innings over his last five appearances.

The Knights (45-12, 37-12 WCL, 16-6 second half) went ahead 1-0 in the fourth on an RBI single by Tristan King (Texas Rio Grande Valley). Bellingham answered with a three-spot in the bottom half and maintained a 3-1 lead heading into the seventh.

However, Michael Dixon (San Diego) reached third on a single and two-base error to open the seventh. He scored on Brooks Lee’s (Cal Poly) two-out infield single to trim the deficit to 3-2.

Matthew Gretler (Oregon State) then hit a fly ball that was lost in the lights. The ball bounced over the center-field fence for a ground-rule double, stopping Lee at third base.

Lee then came home on a wild pitch to tie the game. Gretler then scored the go-ahead run on a balk, but the Bells used two doubles to pull even 4-4 in the home eighth.

The series continues at 6:35 p.m. Wednesday and Thursday. The Knights’ projected starters are right-handers Jackson Arnsdorf of Corban (5-1, 1.43) and Abbott Haffar of UC Riverside (1-0, 1.80), respectively.