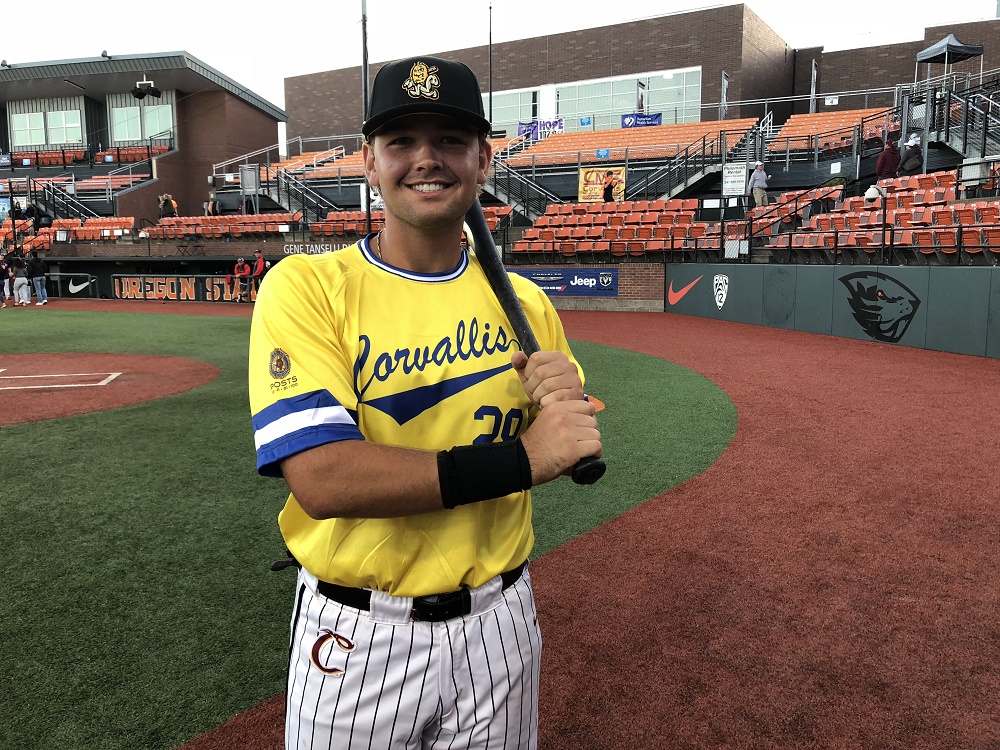 Walks and errors helped end the Knights’ 17-game home winning streak as they fell 5-3 to Yakima Valley in their regular-season finale.

Corvallis led 3-0 through four innings but two leadoff walks and a wild pitch led to two runs for the Pippins. In the eighth, two errors resulted in three unearned runs, erasing a 3-2 Knights’ advantage.

Right fielder Austin Feist (St. Martin’s) had a two-run single, giving him 41 for the season, tops in the WCL. He had 19 RBIs in his final 12 league games.

The Knights will host Portland at 6:30 p.m. Friday in Game 1 of the best-of-3 South Division playoff series. Portland right-hander Connor Knutson (3-2, 4.82) is the projected starter.

Game 2 and Game 3 (if necessary) will be at Portland on Saturday and Sunday. If the Knights advance, they will have home-field advantage for the WCL Championship Series, which starts Tuesday at the North Division entrant’s venue, either Bellingham or Kelowna.