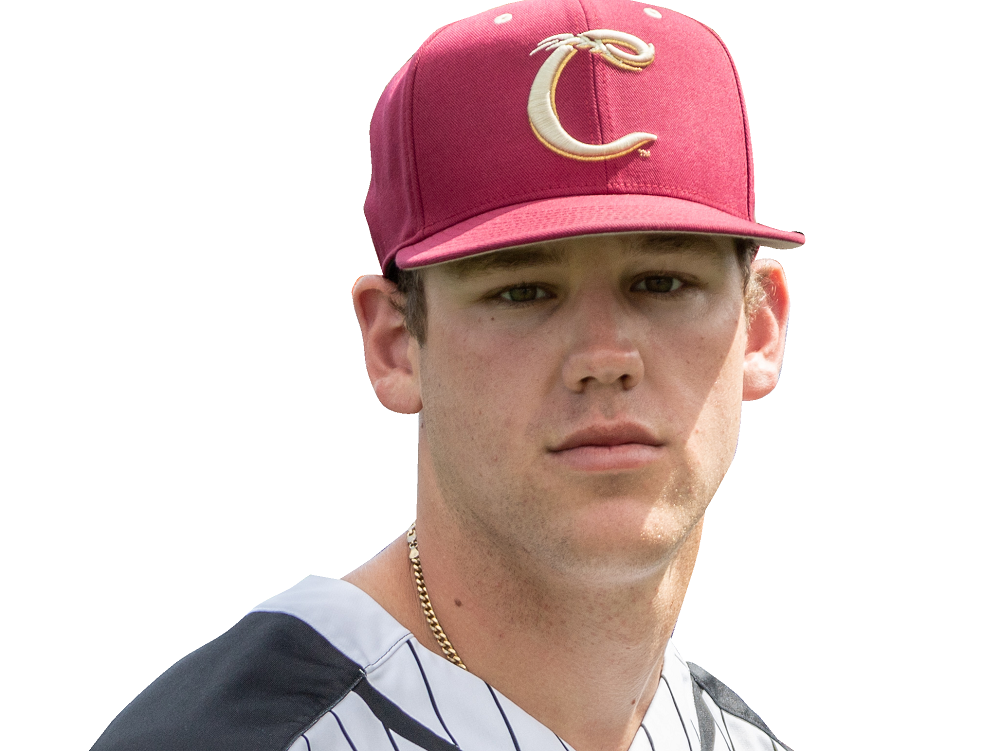 San Francisco’s Nick Yovetich (pictured, above) was 3-for-5 with two doubles, two RBIs and a run while raising his average to an even .300. Michael Gretler (Oregon State), and Jake Holcroft (Portland) had two hits each.

Atwood’s solo homer gave the Knights a 1-0 lead in the first but the Elks tallied three times in the second to surge ahead 3-1. The Knights then scored on an error to pull within 3-2 in the fourth.

The sixth inning was decisive. A bases-loaded walk to Tracye Tammaro (Portland) tied the score and Yovetich sent the Knights ahead 5-3 with a two-run double.

Gretler added a two-run single in the seventh for a 7-4 advantage. Atwood’s squeeze bunt made it 8-5; Holcroft scored on a throwing error for a 9-5 advantage. A Briley Knight (Utah) sacrifice fly then scored Atwood for a 10-5 lead.

The series concludes at 6:35 p.m. Monday; Dixie State lefty Tevita Gerber (5-1, 2.70) is the probable for the Knights. The teams meet again at Goss Stadium on Tuesday-Thursday, starting at 6:30 p.m. each night.