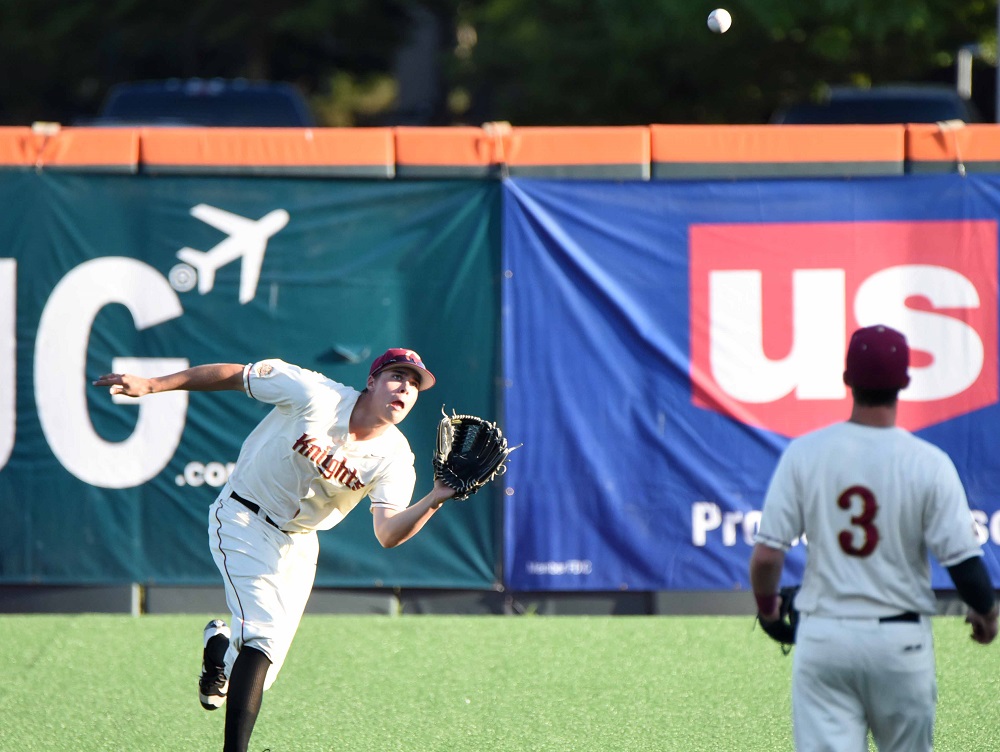 Left fielder Cody Hawken (pictured, above) had three hits, scored twice, stole a base and drove in a run to lead the Knights to a 9-8 win over Victoria in the opener of their West Coast League series at Goss Stadium.

A rising senior at Portland, Hawken had three singles, the first of which helped spark a five-run first inning that sent the Knights ahead 5-2. He also singled and scored in a three-run seventh, when the Knights broke a 6-6 tie.

Crescent Valley High graduate Briley Knight, bound for the University of Utah this fall, capped the seventh-inning rally with a two-run single. He had two hits, two RBIs, scored once and stole three bases.

Reliever Trevor Wells (Linn-Benton CC) allowed one run in the last two innings for the save. He fanned the final two HarbourCats to strand the tying run at first base.

Corvallis (18-13-1 all, 15-11 WCL) bounced back from a tough 12-inning loss at Bellingham and a long bus ride back to Corvallis on Friday night with a 14-hit performance.

The teams play again at 3 p.m. Sunday. Stanford right-hander Brendan Beck (0-0, 2.25) is the scheduled starter for Corvallis, opposed by Victoria righty Garrett Goodall (2-0, 3.118) of Embry-Riddle. Sunday’s game concludes the first half of the WCL season for Corvallis.