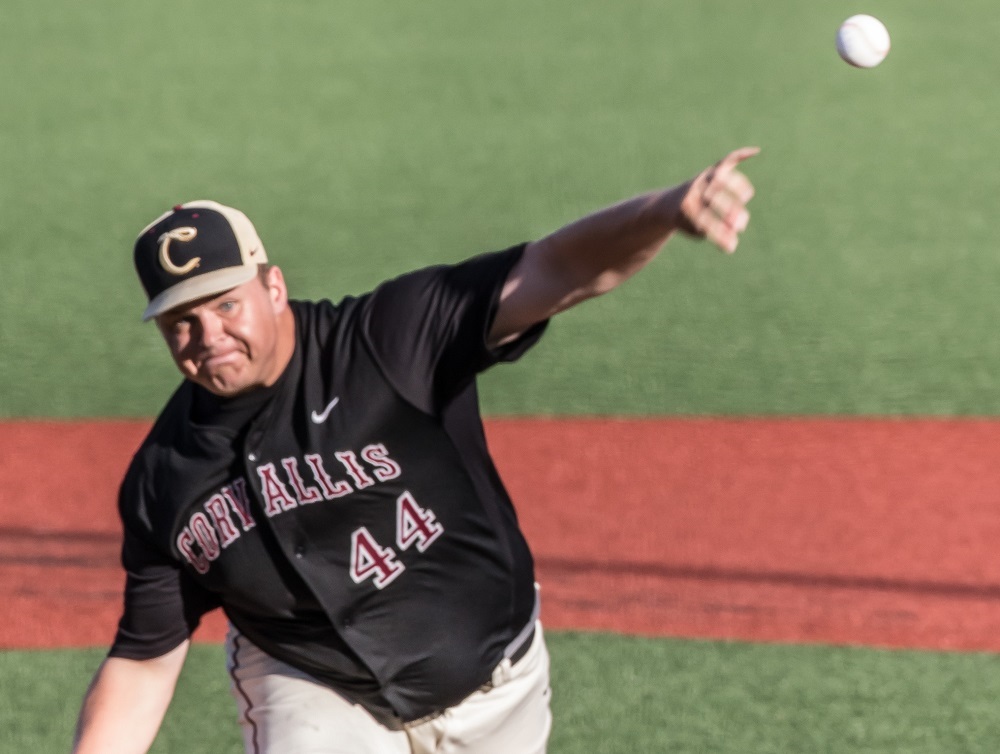 CORVALLIS, Ore. – Lefty Jacob Fricke (pictured, above) kept the Knights in the game with four effective innings of relief but Corvallis could not mount a rally in a 5-0 loss to Victoria.

The HarbourCats (11-13) thus evened the West Coast League series at one game apiece by handing the Knights their first shutout of the summer. Corvallis (15-9 all, 14-9 WCL) took Monday’s opener, 9-1.

A rising junior at Western Oregon, Fricke entered the game in the third with Corvallis already trailing 3-0. He allowed one run on four hits, had four strikeouts, and lowered his ERA from 5.53 to 4.77.

Corvallis wraps up the homestand on Thursday with a 5 p.m. nonleague doubleheader against the Perth Heat Colts and the Mid-Valley Southpaws American Legion team. Both games will be seven innings.