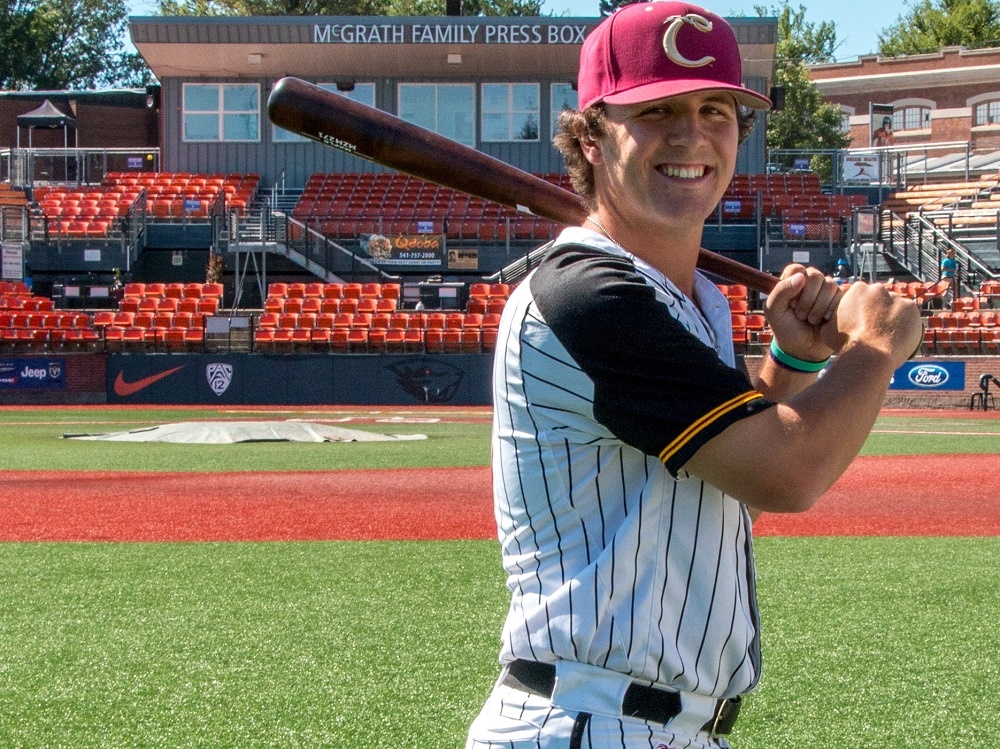 The Knights (39-20 overall, 33-20 WCL, 16-10 second half) clinched the second-half South Division, bookending their first-half crown. They will have home-field advantage throughout the playoffs, which start Tuesday night.

Stevens tripled, doubled, scored once and drove in two. He hit .444 (4-9) in the series, with two doubles, a triple, three RBIs and two walks, raising his average to a season-high .255.

Righty Dom Baker (Corban) gave up three runs in six innings in his first start of the summer. He struck out four, walked three and hit three batters, but he stranded seven Pippins to escape further damage and earn the win.

The Knights will play a makeup game at Wenatchee tomorrow night, Monday, Aug. 7, since the outcome influences who earns the remaining playoff berth in the North.

The South Division playoffs begin Tuesday at Yakima Valley. The Knights will host Game 2 on Wednesday and Game 3 (if needed) on Thursday. The best-of-3 WCL Championship Series starts on Saturday.