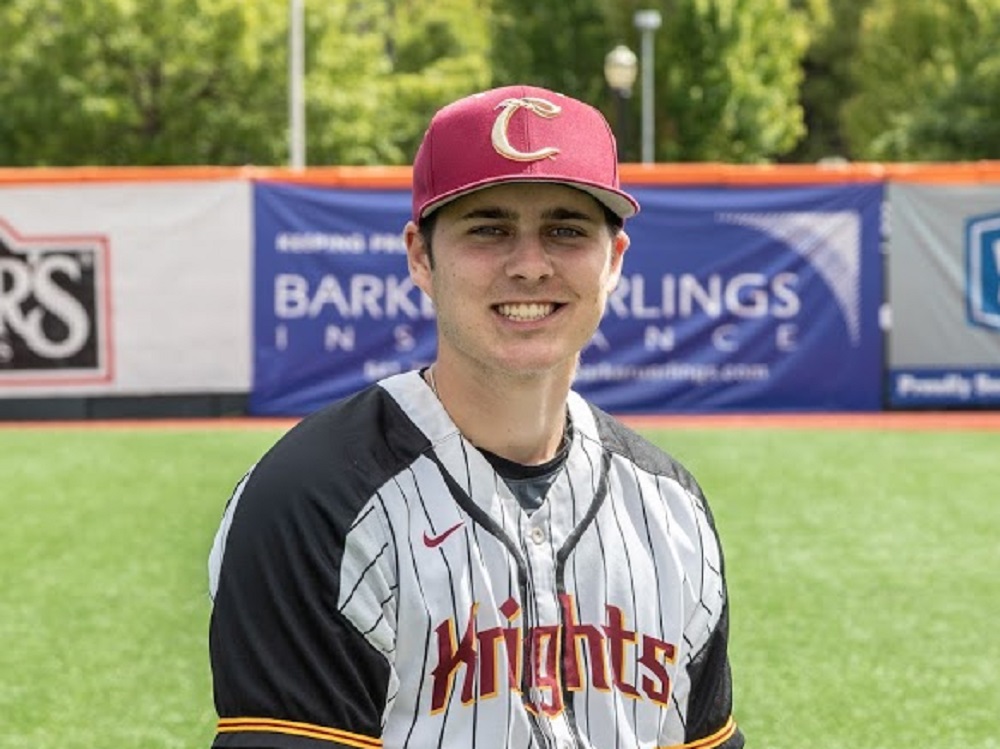 Right-handed pitcher Sean Fekete (pictured, above) of Ohlone (jr.) College will return to the Knights for the 2020 season.

Fekete is a 6-foot-3, 215-pound redshirt freshman from Dubai, UAE. He played at the American School of Dubai. A transfer from Sacramento State, he was the first Middle East-based player from the World Baseball Showcase to earn an NCAA Division I scholarship.

Welcome to the team, guys.

We have also signed Washington first baseman Karl Koerper, a 6-foot-4, 240-pound redshirt sophomore from Centennial High School in Las Cruces, New Mexico. He played at Pima Community College in Tucson in 2019 and hit .260 in 50 games, with five homers and 37 RBIs.

Koerper hit .329 and was first-team all-district and all-state as a senior at Centennial. He signed with New Mexico out of high school but redshirted as a freshman in 2018 before transferring to Pima.

Two of his older brothers, Kris and Joseph, played at New Mexico State.

Krupp and Kantola each earned first-team Mid-Willamette Conference and 5A all-state honors in 2019; Kantola was the MWC co-Pitcher of the Year. Both also played in the Oregon All-Star Series.

He succeeds Kellen Camus, who left coaching after spending the past three seasons with the Knights and Central Washington University. For more details, please click here.

The Yakima Valley Pippins have signed infielder Xander Orejudos of Ellensburg, pitcher Reagan Haas of Riverside Christian and pitcher Cort Dietrich of Selah for the 2020 season. Please click here for more details, from Our Sports Central.