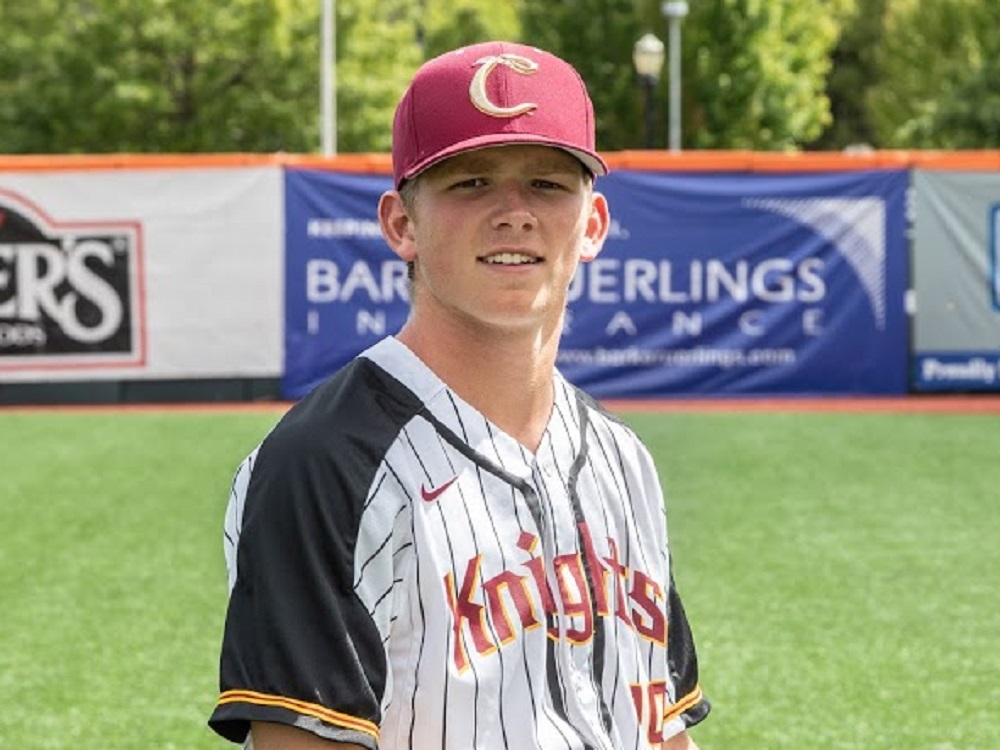 Linfield College pitcher Colton Meyer (pictured, above) will return to the Knights for the 2020 season. He is a 6-foot, 185-pound sophomore left-hander from Silverton High School in Silverton, Ore.

Originally a 10-day signee, Meyer earned a full-time position and was 1-0, 3.10 in 12 total appearances for Corvallis in 2019, with 15 strikeouts in 20.1 innings. He recorded the final out of the Knights’ title-game victory over Victoria in the West Coast League Championship Series.

He lettered six times in baseball, football and swimming at Silverton.

The Knights and two members of our front office have been nominated for Celebrate Corvallis Awards, presented by the Corvallis Chamber of Commerce.

The Knights are one of 27 nominees for the inaugural People’s Choice Award. This award represents businesses nominated by the public that connect with their customers and go above and beyond all expectations.

Knights’ President/General Manager Bre Miller has been nominated for the Robert C. Ingalls Business Person of the Year Award, named in honor of the late Corvallis Gazette-Times Publisher and Corvallis Chamber President.

Director of Hospitality Jennifer Beaumont has been nominated for the First Citizen – Junior Category Award, for individuals between the ages of 18 and 41.  This is her second nomination in this category.  Beaumont was nominated for the award last year as well.

The New York Mets removed reliever Stephen Nogosek (2013) from their 40-man roster and designated him for assignment on Monday when they signed veteran starter Rick Porcello.

He was a two-time Pac-12 all-star at Oregon and was selected by Boston in the sixth round of the 2016 MLB draft. He was traded to the Mets during the 2017 season.

The San Francisco Giants have hired alum Justin Viele (2010) as their hitting coach for the 2020 season.

Congrats to Justin. For more on that story, please click here.