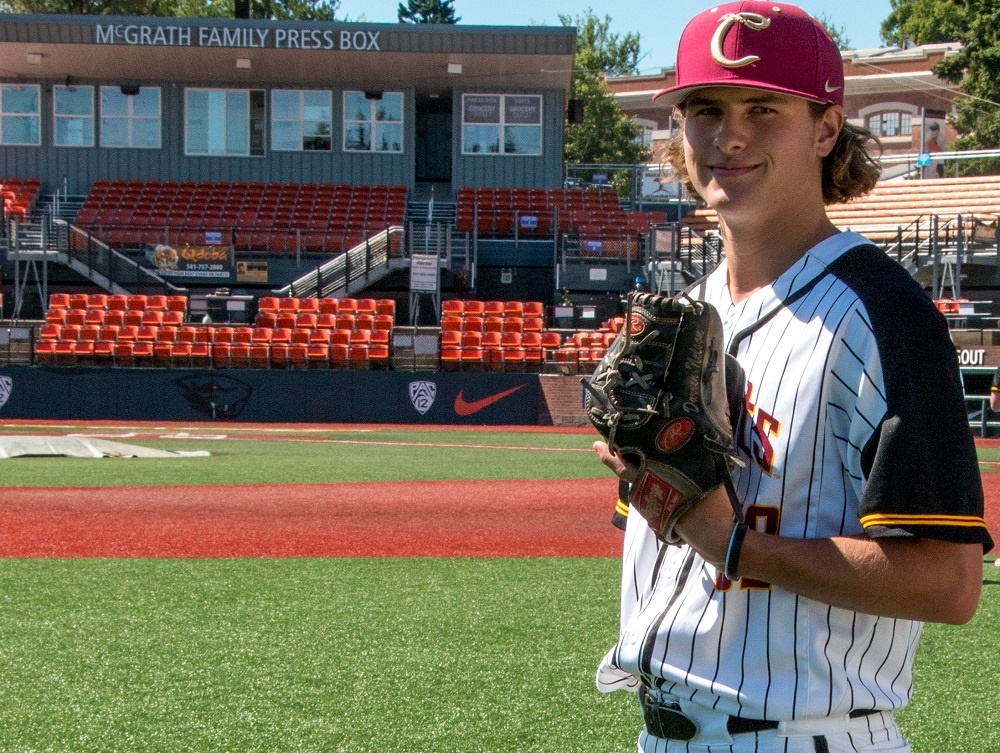 WALLA WALLA, Wash. –  Center fielder Emilio Alcantar and catcher Troy Claunch had two hits each for the Knights in a 3-0 loss to Walla Walla at Borleske Stadium.

Alcantar (Lewis-Clark State) singled in the third and eighth innings, Claunch (Oregon State) in the second and ninth innings. Matt Kelly (Portland) had the Knights’ other hit.

Kelly and Claunch hit one-out singles in the ninth, the only inning Corvallis had more than one runner on base at the same time. But a strikeout and a ground out ended the game.

Hazahel Quijada (UC Riverside) started for the Knights and allowed two runs on two hits in 4.2 innings. He struck out seven, but both Sweets who scored were aboard via a hit batsman and a walk. Linn-Benton CC’s Trevor Wells (pictured, above) added 2.1 innings of scoreless relief, with two strikeouts.

The Knights (30-14 all, 26-14 WCL, 9-4 WCL second half) did not get a runner past first base until the ninth. They struck out 15 times while being shut out for the third time this summer.