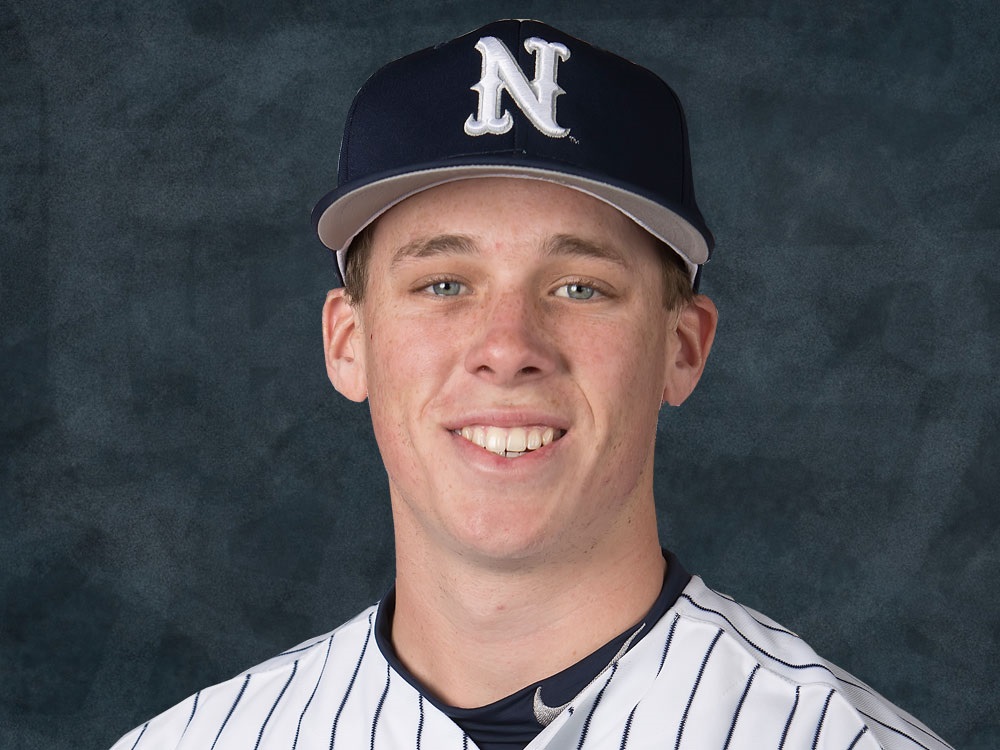 CORVALLIS, Ore. – First baseman Dillan Shrum (pictured) homered, doubled and drove in two runs for the Knights in a 6-5 loss to Cowlitz in a South Division matchup.

The Knights (10-5 overall, 9-5 WCL) lost their second straight game to the Black Bears (6-8 WCL) and dropped their first West Coast League series of the summer after winning the first four.

A rising sophomore at Nevada, Shrum homered leading off the fourth to tie the game 2-2. He added an RBI groundout in the ninth, when the Knights tallied twice to draw within a run.

Cowlitz scored four times in the seventh inning to erase a 3-2 Corvallis lead. The comeback negated a fine start by lefty Ross Massey (Tulane), who allowed two runs and six hits in six innings, with four strikeouts. It was his longest outing of the summer.

The Knights had five extra-base hits on Sunday and now have 11 for the series – three homers, a triple and seven doubles. The Knights have 15 home runs in 14 games.

Cal Poly righty Connor Redmond made his Knights debut and closed the game with two innings of perfect relief.

The Knights then head to Victoria for a Tuesday-Thursday series. They return to Corvallis for a Friday-Sunday series with Bellingham.