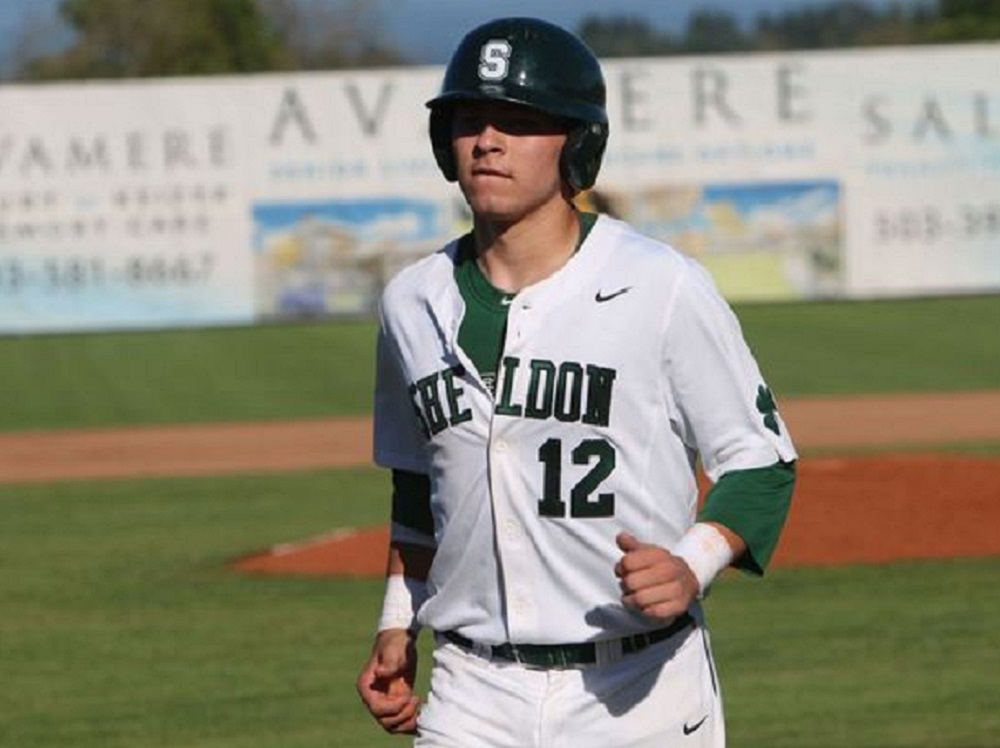 Sam Olsson (pictured, above) had three hits in his Knights debut to spark a 12-3 rout of the Wenatchee AppleSox at Goss Stadium, evening the West Coast League series at a game apiece.

A sophomore-to-be at San Jose State who played at Sheldon High School in Eugene, Olsson singled twice, doubled, scored once and drove in one to lead a 19-hit attack. The Knights exploded for eight hits – five for extra bases – and scored six times in the sixth inning to break open a close game the night after they were shut out in the series opener.

Reliever Louie Crow (San Diego) pitched 3.1 scoreless innings for the victory. He came in with the bases loaded and two outs in the sixth and retired the side; the Knights then scored six times in the bottom half to turn a 5-3 game into an 11-3 laugher.

Starter Conner Knutson allowed just two hits over four innings and had seven strikeouts. He lowered his ERA from 12.27 to 5.87 and left with a 2-0 lead but did not figure in the decision.

The Knights then host Cowlitz on Friday, Saturday and Sunday. The homestand concludes on Monday with a nonleague game with the Gresham GreyWolves.

Qsar Hits Third Homer of the Season in Loss at Bend