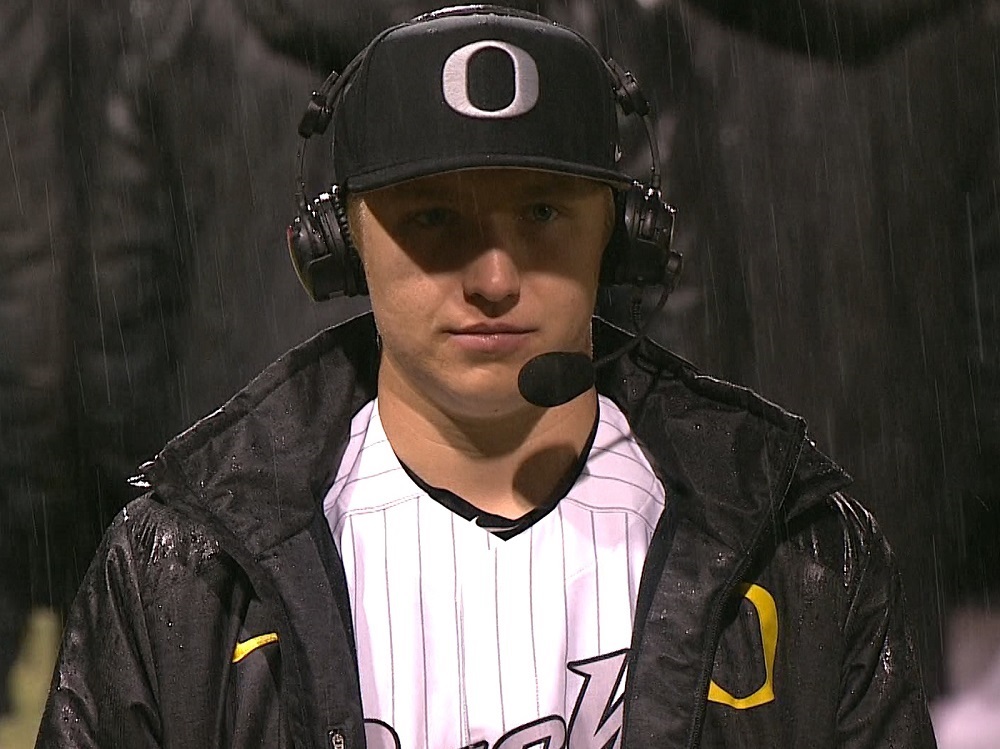 GRESHAM, Ore. – First baseman Gabe Matthews hit a go-ahead two-run homer in the sixth inning and the Knights completed a series sweep with a 7-6 win over Gresham.

A rising sophomore at Oregon, Matthews’ (pictured, above) first homer of the summer followed Matt Kelly’s infield single and gave the Knights a 4-3 lead. It was their 23rd home run of the summer, which leads the West Coast League; 10 different Knights have homered.

Kelly doubled, singled three times, scored twice and had an RBI for the Knights (20-10 all, 17-10 WCL), who completed the first half of the WCL season on a three-game winning streak. They clinched the South Division’s first-half championship and an automatic postseason berth on Saturday night.

It was the second four-hit game of the season for Kelly, a rising junior at Portland. He was 4-for-4 in a 7-4 loss to Port Angeles on June 15 and now has five multi-hit games.

The Knights scored three times in the eighth inning on RBIs by Kelly, Elliot Willy (Oregon State) and Darren Nelson (Cal Poly) to break the game open. Nelson had two hits; Willy had a double.

The Knights begin the second-half slate at 7:15 p.m. Monday with the opener of a three-game home series with South Division rival Bend. It is Oregon State Credit Union Fireworks Night; gates open at 6 p.m. Linfield lefty Cason Cunningham (1-0, 2.07) is the scheduled starter for Corvallis.

Right-hander Connor Redmond (pictured, above) of Cal Poly stymied Kelowna and the Knights topped the…