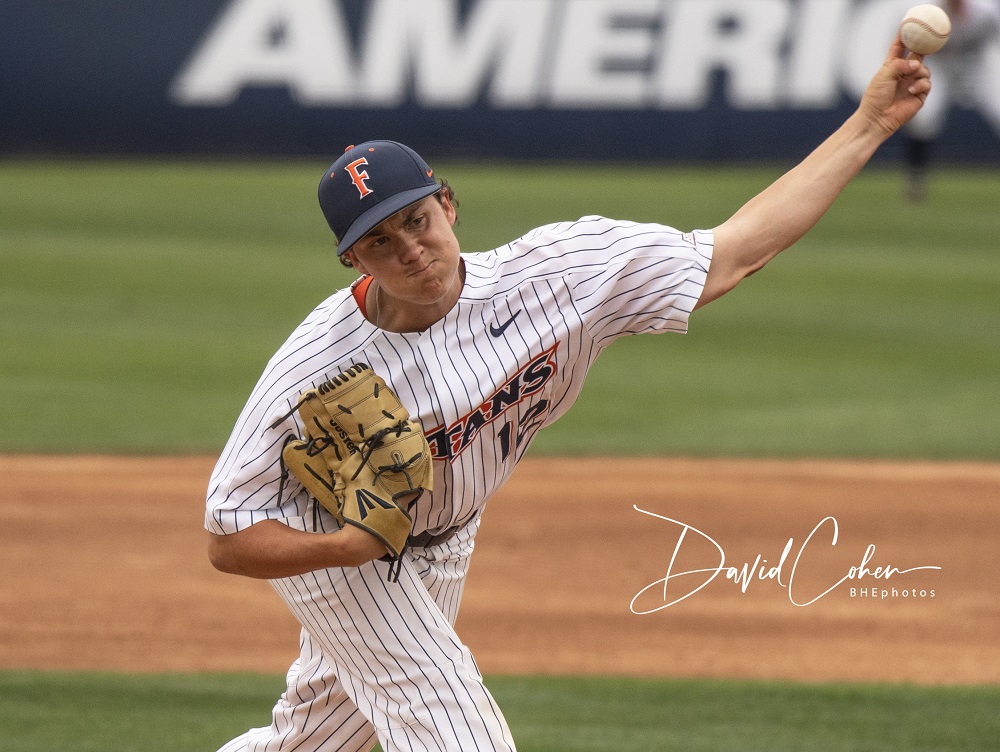 Southpaw Timothy Josten (pictured) threw six shutout innings to lead the Knights to a 7-3 victory over Cowlitz in their West Coast League home opener before a Fireworks Night Crowd of 2,704 at Goss Stadium.

A rising junior at Cal State Fullerton, Josten struck out six and spaced four singles in handcuffing the Black Bears to even his record at 1-1. He walked just two and threw 48 strikes in 78 pitches, and was named the Washington Park Advisors Player of the Game.

The Knights (7-4, 3-4 WCL) have now won 3 of 4 league games following an 0-3 start. They moved ahead of Cowlitz into fourth place in the South Division, four games behind undefeated (7-0) Walla Walla.

Second baseman Briley Knight (Utah) tripled, doubled, scored twice and drove in a run. Jake Holcroft (Portland) added a bases-loaded triple; every starter either scored or had a base hit.

The Knights took a 1-0 lead in the first inning on a triple by Knight and an RBI single by Andy Atwood (Texas Rio Grande). Holcroft’s three-run triple keyed a four-run second that sent the Knights up 5-0 and they coasted home from there.

Corvallis hosts Bellingham on Tuesday, Wednesday and Thursday and closes its opening homestand against the Corvallis Gerding Builders Marketmen American Legion team on Friday. All four games begin at 6:30 p.m.