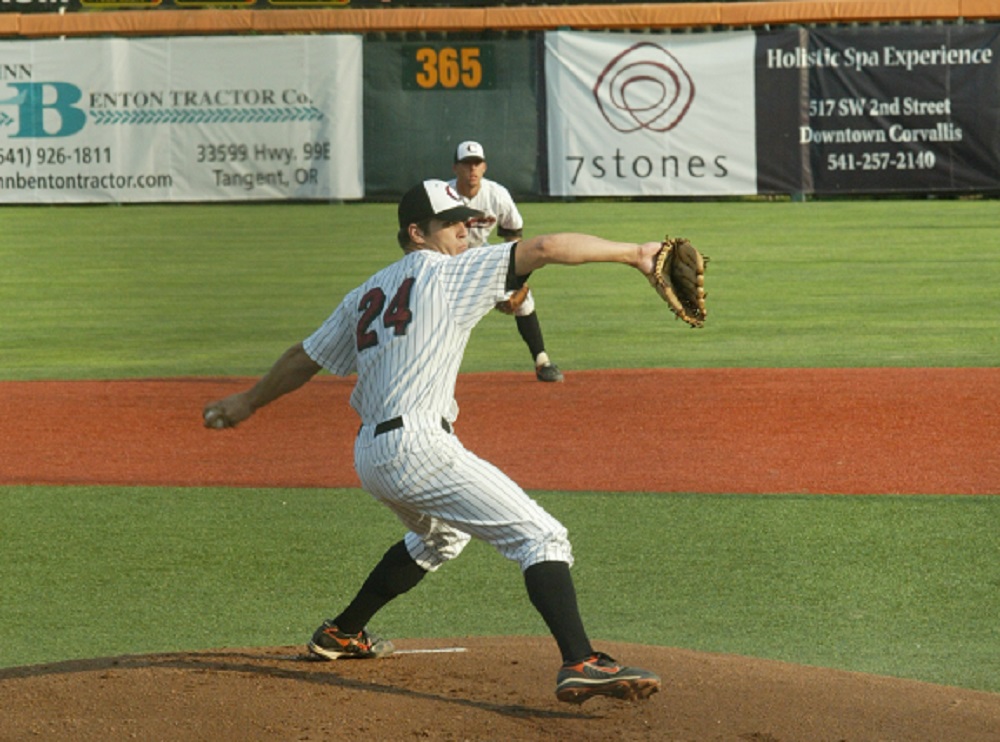 Only 77 more days until our May 29 opener on Science, Engineering & Art Day game at Goss Stadium!

The Chicago White Sox have claimed left-handed reliever Josh Osich (2008) on waivers from Baltimore and have added him to their 40-man roster. He was designated for assignment by Baltimore on March 8. Josh spent the last four seasons with San Francisco, was released this spring and then was claimed by Baltimore.  He pitched two scoreless innings in two appearances for the O’s.

Alum Zak Taylor (2016-18) was named a March Scholar-Athlete of the Month by Oregon State. A senior from Sherwood, Ore., Taylor is a two-time Pac-12 All-Academic honorable mention selection as a psychology major, and currently carries a 3.14 cumulative GPA.

The Victoria HarbourCats will have their work cut out for them before the season even starts, facing a team that finished second in Canada last season. Prior to the first-ever Alumni Classic on June 1 at Royal Athletic Park, the HarbourCats will face off against the Victoria Special Olympics team which claimed the silver medal at the 2018 nationals in Antigonish, Nova Scotia. Please click here for more information, from Our Sports Central.

History will be made in the wee hours of March 20 when the 2019 MLB season begins with the Seattle Mariners facing the Oakland Athletics in Tokyo, Japan. Marco Gonzales will toss the first pitch of the season, thus becoming the first former AppleSox pitcher to start Opening Day. He played for the AppleSox in 2010. Please click here for more information, from Our Sports Central.

That’s all for today. Have a great week and we will see you on March 20!