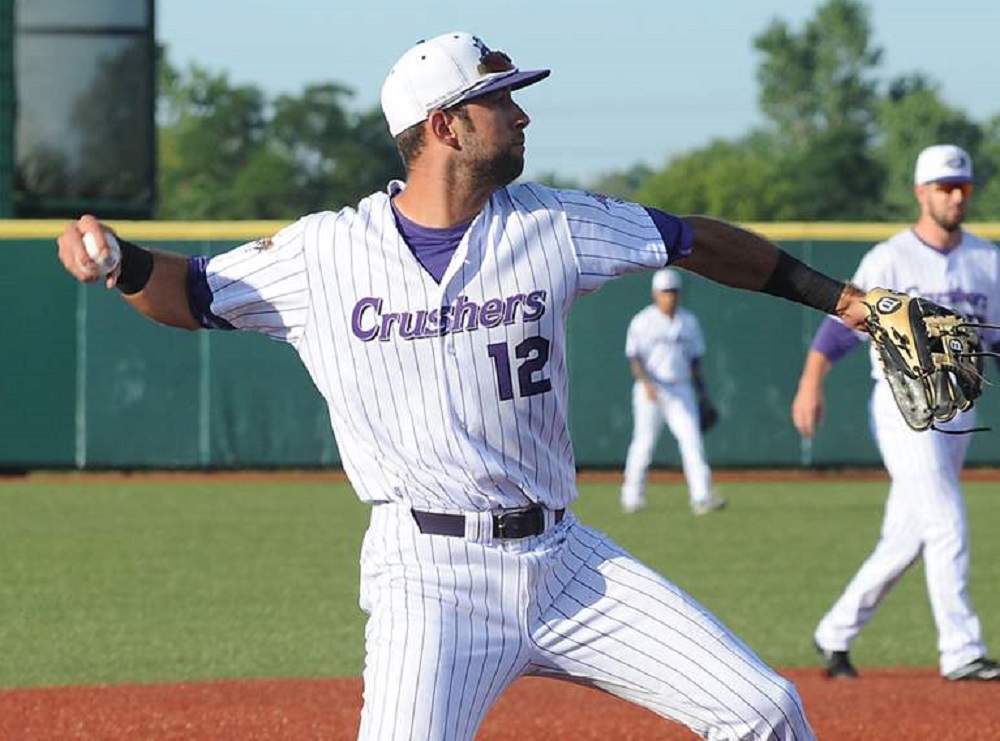 Only 84 more days until our May 29 opener on Science, Engineering & Art Day game at Goss Stadium!

The Lake Erie Crushers of the independent Frontier League have released infielder Cody Lenahan (2013) after two seasons with the club, based in Avon, Ohio. He was a second-team West Coast League all-star on our 2013 championship team.

Knights’ 10-day signee Cooper Wohlgemuth had an impressive debut with Clackamas Community College on March 3 in Game 2 of a doubleheader at Linn-Benton.

The sophomore catcher, a transfer from George Fox, homered in his first at-bat, added two doubles and drove in two runs in a 16-3 loss to the Roadrunners. The Portland native, who played at Roosevelt High School, is looking to transfer to an Atlantic-10 Conference or Ivy League school for his final two years of eligibility.

After a nonleague series at the Humboldt Crabs, we open the West Coast League schedule at Walla Walla on June 4. We face the Haysville Hammers at Linn-Benton on June 12 in a non-league game; our WCL home opener is June 14, against the Cowlitz Black Bears.

That’s all for today. Have a great week and we will see you on March 11!