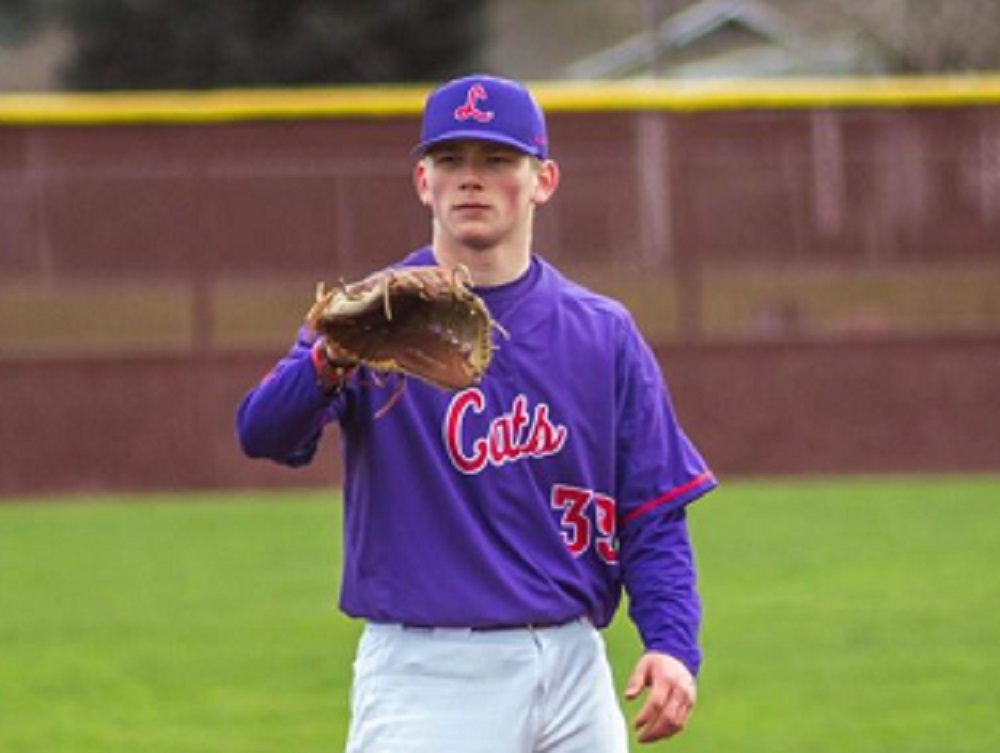 Only 91 more days until our May 29 opener on Science, Engineering & Art Day game at Goss Stadium!

We have signed Linfield College pitcher Colton Meyer (pictured, above) to a 10-day contract for the 2019 season. He is a 6-foot, 185-pound freshman left-hander from Silverton High School in Silverton, Ore., who is 1-1, 2.57 in three appearances with the Wildcats in 2019, with 17 strikeouts in 14 innings.

Meyer was first-team 5A all-state and was a Mid-Willamette Conference first-team all-star in 2018 as a SHS senior. He was also a first-team MWC all-star in 2017 and earned honorable-mention honors in 2016. He lettered six times in baseball, football and swimming at Silverton.

Welcome to the Knights, Colton!

The New Jersey Jackals of the independent CanAm League placed alum Connor Hofmann (2011-12) on revocable waivers on Feb. 13. The former Oregon/University of San Francisco outfielder hit .247 (80-324) in 82 games at New Jersey in 2018, with four homers and 27 RBIs.

He has played three seasons of independent-league ball since leaving USF after the 2015 season, with New Jersey in 2018, with Traverse City and Lake Erie in the Frontier League in 2016 and 2017, and with Sussex County in the CanAm League in 2016. Best of luck to Connor, who caught the final out in our 2011 championship win over Walla Walla, in his future endeavors.

That’s all for today. Have a great week and we will see you on March 6!