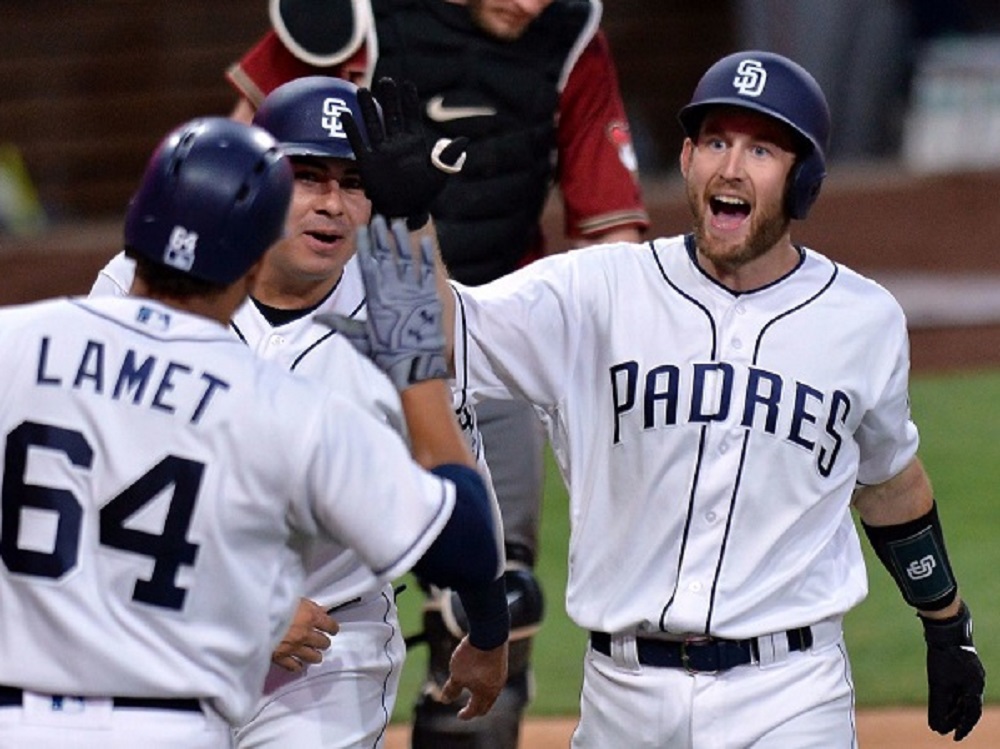 Only 49 more days until our May 29 opener on Science, Engineering & Art Day game at Goss Stadium!

The Los Angeles Dodgers recalled catcher Rocky Gale (2007, 2009, pictured above in 2015) from Oklahoma City in the triple-A Pacific Coast League on April 10.  It is his fourth stint in MLB; the ex-Portland Pilot standout played for San Diego in 2015 and 2017 and for the Dodgers in 2018.

Knights’ alum Josh Osich (2008) was recalled to the majors by the Chicago White Sox on April 12. He had been playing for Charlotte in the triple-A International League. The former Oregon State lefty has also played for the San Francisco Giants in his four-year MLB career.

The New Jersey Jackals of the independent CanAm League have signed Connor Hofmann (2011-12). The ex-Oregon/San Francisco outfielder also played with the team in 2018 and hit .247 in 82 games, with four homers and 27 RBIs.

Alum Tyler Villaroman (2017), an outfielder from San Francisco, was nominated for Big West Conference Player of the Week honors but was not selected.

We’re excited about our 2019 regular-season schedule. Next summer’s slate features 32 home dates and gets started at 10 a.m. on Tuesday, May 28, with our eighth annual Weyerhaeuser Science, Engineering & Art Day game at Goss Stadium.

Happy Friday everyone, from the worldwide headquarters (WWHQ) of your Corvallis Knights, the 2016 West…