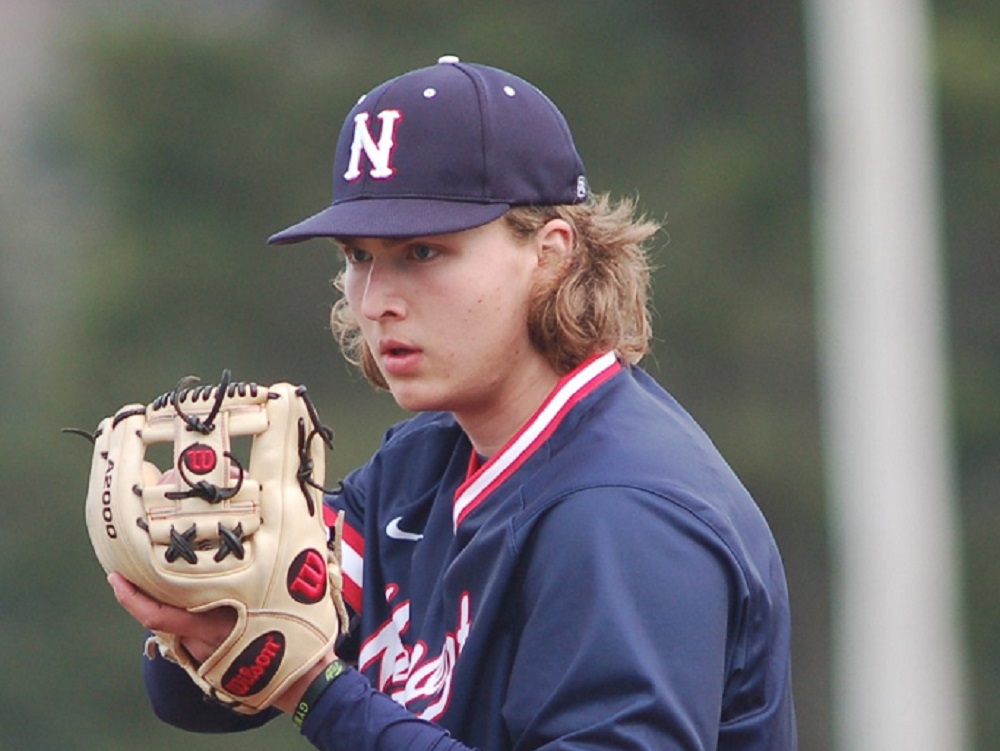 Only 34 more days until our May 28 opener on Weyerhaeuser Science, Engineering & Art Day game at Goss Stadium!

We have signed right-handed pitchers Kevin West of UC Riverside and right-hander Jacob Dobmeier (pictured, above) of nearby Newport (Ore.) High School for the upcoming season.

He was the 2018 Oregon West Conference co-pitcher of the year, and a first-team all-league selection. He was second-team 4A all-state in 2018 and a third-team all-state pick in 2017.

Just a heads-up: Our annual Weyerhaeuser Science, Engineering & Art Day at Goss Stadium has been moved up a day to May 28.

The Arizona Diamondbacks recalled right-handed pitcher Jimmie Sherfy (2011) from Reno in the triple-A Pacific Coast League on April 21, but sent him back down on April 22 when they activated an injured player.

Jimmie, who played at Oregon, did not pitch on Sunday. He is 0-1, 3.38 in five games at Reno, with three saves and nine strikeouts in 5.1 innings.

For a complete listing of Knights in affiliated baseball, please click here.

Senior outfielder Cody Hawken (2016, 2018) of the University of Portland was named the West Coast Conference Player of the Week for April 15-21.

He hit .417 (5-for-12) with a home run, two doubles, a team-high eight RBIs, and two runs scored during a three-game series at San Diego. On April 20, Hawken hit a grand slam and two doubles to finish 3-for-5 with seven RBIs.

Hawken was also flawless in the field recording 10 putouts, and he stole a base. During the April 18 series opener, Hawken was hit by a pitch, which gives him 44 HBPs in his career, matching the program’s all-time career record.

Teammate Chris Clements (2015) was nominated for Pitcher of the Week, but was not selected. Please click here for more details.

Alum Beau Philip (2018), the starting shortstop at Oregon State, was named to the 51-player Brooks Wallace Award watch list. It goes to the nation’s top shortstop.

The Sacramento native was a first-team all-WCL selection in 2018. He is batting .306 with nine doubles, three home runs and 28 RBIs for OSU, with three errors in 31 games.

We are thrilled to announce our 2019 regular-season schedule. Next summer’s slate features 32 home dates and gets started at 10 a.m. on Tuesday, May 28, with our eighth annual Weyerhaeuser Science, Engineering & Art Day game at Goss Stadium.