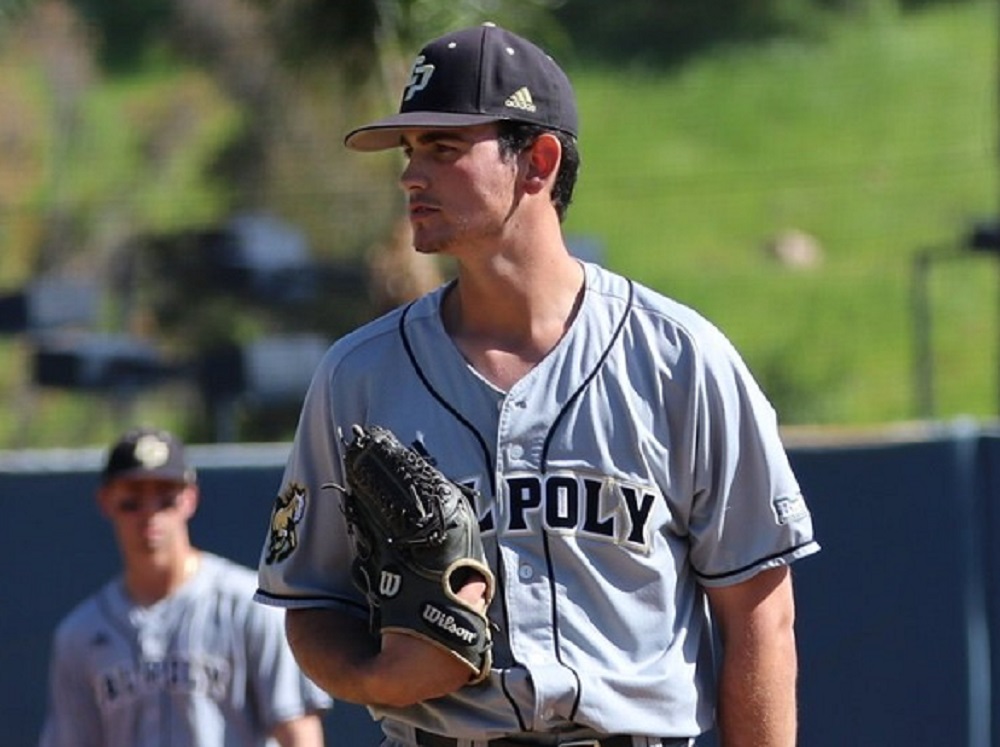 Only 26 more days until our May 28 opener on Weyerhaeuser Science, Engineering & Art Day game at Goss Stadium!

We have signed Cal Poly freshman left-hander Chase Watkins (pictured, above) for the 2019 season.

As a junior, he was 2-2 with a 1.23 ERA and one save, with 57 strikeouts in 28.1 innings. He was also a first-team All-Santa Cruz Coast Athletic League and first-team All-CIF-Central Coast Section basketball player, with 1,320 career points, the second-most in school history.

Welcome to the Knights, Chase.

“I think he needs to go down, get his confidence back, get the ball in the strike zone, improve that walk rate and get back to being the pitcher we saw in Spring Training and last year,” Rockies manager Bud Black told MLB.com.

Johnson earned a Sept., 2018 callup after recording a 3.90 ERA and 18 saves in 50 appearances in Albuquerque. He then had five scoreless appearances before giving up two homers to Washington.

Colorado put Johnson on its postseason roster, and he struck out two Milwaukee batters in a Game 1 loss in the National League Division Series. He then earned a place on Colorado’s opening day roster by allowing just one run in 10.1 innings during spring training.

The Los Angeles Dodgers sent alum catcher Rocky Gale (2007, 2009) back to Oklahoma City in the triple-A Pacific Coast League on April 27 after they activated Russell Martin from the injured list. The former University of Portland star hit .167 (2-14) in four games, with one run, in his fourth stint in MLB.

Alum Nick Duron (2015) has signed with the Southern Illinois minors in the independent Frontier League. The former Clark College right-handed pitcher was released by Boston earlier this year after spending three years in their minor-league organization.

Western Oregon junior Austin Crowson (2016) the GNAC Baseball Pitcher of the Week after he threw the fifth no-hitter in GNAC history on April 25, beating Concordia 2-0 in the second game of the doubleheader.

Crowson allowed four walks and struck out one in the seven-inning no-hitter. He did not allow a base runner until two outs in the third inning and retired 11 straight to end the game.

In other Player of the Week news:

We are thrilled to announce our 2019 regular-season schedule. Next summer’s slate features 32 home dates and gets started at 10 a.m. on Tuesday, May 28, with our eighth annual Weyerhaeuser Science, Engineering & Art Day game at Goss Stadium.

Reserve the best seats in the house for the 2019 season now by emailing [email protected] or by calling (541) 752-5656; single-game tickets are also on sale. Also, our entertainment schedule is available by clicking here.