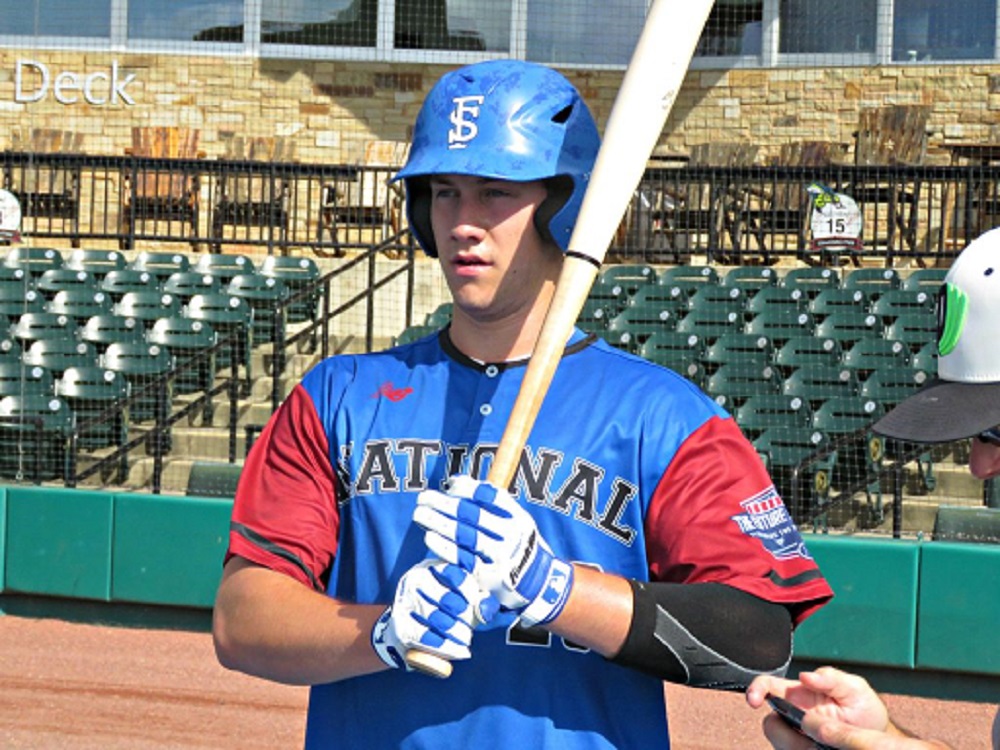 Only 20 more days until our May 28 opener on Weyerhaeuser Science, Engineering & Art Day game at Goss Stadium!

We have signed freshman pitcher/infielder Andrew Walling (pictured, above) of Oregon State for the 2019 season. Walling is a 6-foot-2, 205-pound lefty from Longview, Wash., who starred at R.A. Long High School.

He will join OSU teammates Elliot Willy, Matthew Gretler and Jake Harvey on the Knights this summer.

He is 0-0 with a 0.00 ERA in six appearances for the Beavers heading into this weekend’s series at Oregon. He has three strikeouts in 6.2 innings and has limited opposing batters to a .105 batting average.

He was a position player for the Cowlitz Black Bears in 2018 and hit .200 (9-45) in 14 games after recovering from arm surgery. He did not pitch last summer.

Walling was a four-year letterwinner in high school and earned all-conference honors his final three seasons. He was ranked as the No. 2 recruit in the state of Washington his senior year.

Welcome to the Knights, Andrew!

We have signed University of San Francisco catcher Chase Hodkinson for the 2019 season. Hodkinson is a 5-foot-10, 170-pound junior switch-hitter from Melbourne, Australia.

He played at the Vermont Secondary School in Australia and at Lower Columbia College in Longview, Wash., before enrolling at USF. He is hitting .318 (14-44) in 27 games for the Dons this season, with no homers and seven RBIs.

Hodkinson will be the second Australian on the 2019 roster, joining Perth native Brodie Vassalakis of Grand Canyon University.

Welcome to the club, Chase!

Oregon State junior catcher Adley Rutschman, a 2016 Knights’ alum was named the national player of the month for April by the National Collegiate Baseball Writers Association on May 6.

Adley reached base in 17 of 18 April games, and had at least one hit in 16 games. He did not have an error and was 3-for-3 in throwing out runners trying steal a base.

He was also named Pacific-12 Conference Player of the Week for games from April 1-7, and nominated for the honor several other times.

Adley is hitting .429 with 16 home runs and 53 RBIs, and has set an OSU single-season record with 59 walks. He leads the nation in on-base percentage (.579) heading into this weekend’s series at Oregon.

Just a heads-up: Our annual Weyerhaeuser Science, Engineering & Art Day at Goss Stadium has been moved up a day to May 28.

The Colorado Rockies promoted alum pitcher DJ Johnson (2008-09) back to the majors on May 4. He opened the season with the team but was sent to their affiliate in the triple-A Pacific Coast League, on April 28.

Colorado sent alum Tyler Anderson (2009), a lefty pitcher from Oregon, down to Albuquerque to make room for Johnson. Anderson was 0-3, 11.76 in five games.