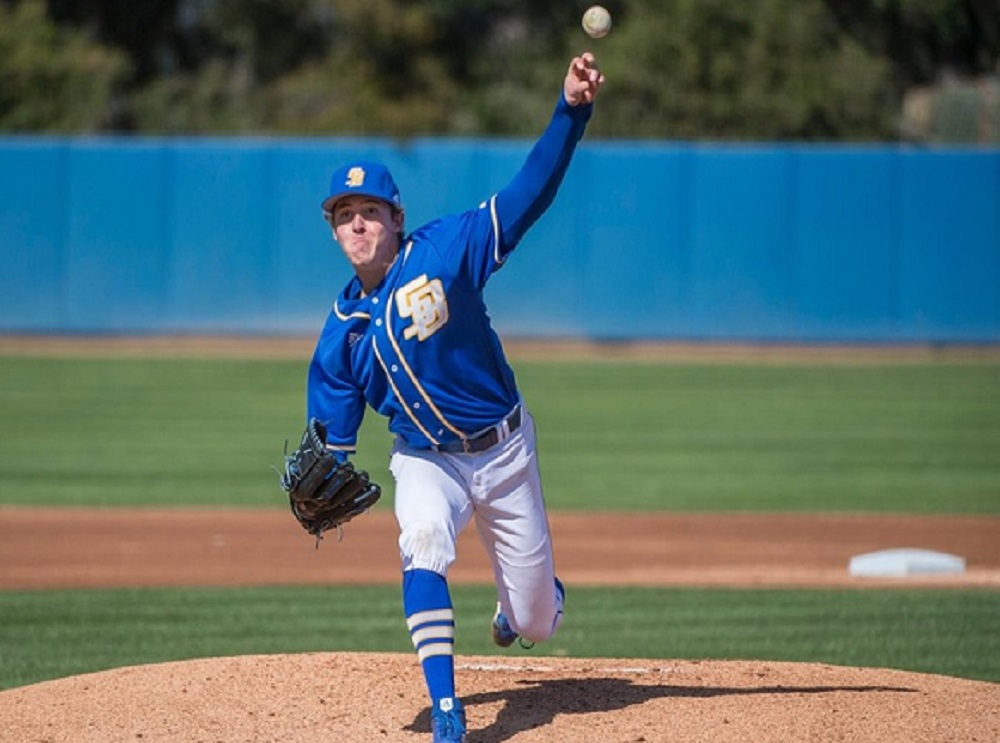 Only 56 more days until our May 29 opener on Science, Engineering & Art Day game at Goss Stadium!

The freshman from Tustin High School in Orange, Calif., took a no-hitter into the eighth inning and the No. 19 UC Santa Barbara baseball team completed the sweep with a 7-0 victory over Stephen F. Austin on April 7 at UCSB’s Caesar Uyesaka Stadium.

Boone handcuffed the Lumberjacks through 7.1 innings, ultimately allowing just one hit and one walk while striking out three. Boone was nominated for Big West Conference Pitcher of the Week honors for April 1-7 but was not selected.

Knights’ alums swept the Pacific-12 Conference Player and Pitcher of the Week awards for April 1-7.

Oregon State junior catcher Adley Rutschman (2016) was named the Player of the Week. He hit safely in all five games with three multiple-hit performances as OSU split a midweek series with San Diego State before sweeping Utah.

Rutschman was 9-for-19 (.474) with six runs scored, one double, three home runs and seven RBIs. He homered in all three games in the series sweep of Utah. His  RBI in the second game on April 6 gave him 152 for his career, tying Rutschman with Mitch Canham (2004-07) for the sixth-most in a career at Oregon State.

The honor is his second of the season; his first came March 19.

Alum Brendan Beck (2018) of Stanford won Pitcher of the Week honors. He shut down No. 1-ranked UCLA through 7.1 innings and left with a 1-0 lead. He struck out five and allowed just five hits but did not get the decision in an eventual 3-2 victory.

Alum Trevor Frank (2012), a right-handed pitcher from UC Riverside, has signed with the High Point (N.C.) Rockers of the independent Atlantic League.

Pro baseball is a tough business, as three Knights’ alums discovered at the tail end of spring training.

New pitching coach Tyler VonDracek may be the biggest addition that the AppleSox make in terms of compiling their coaching staff and roster for the 2019 season. Please click here for more information, from Our Sports Central.