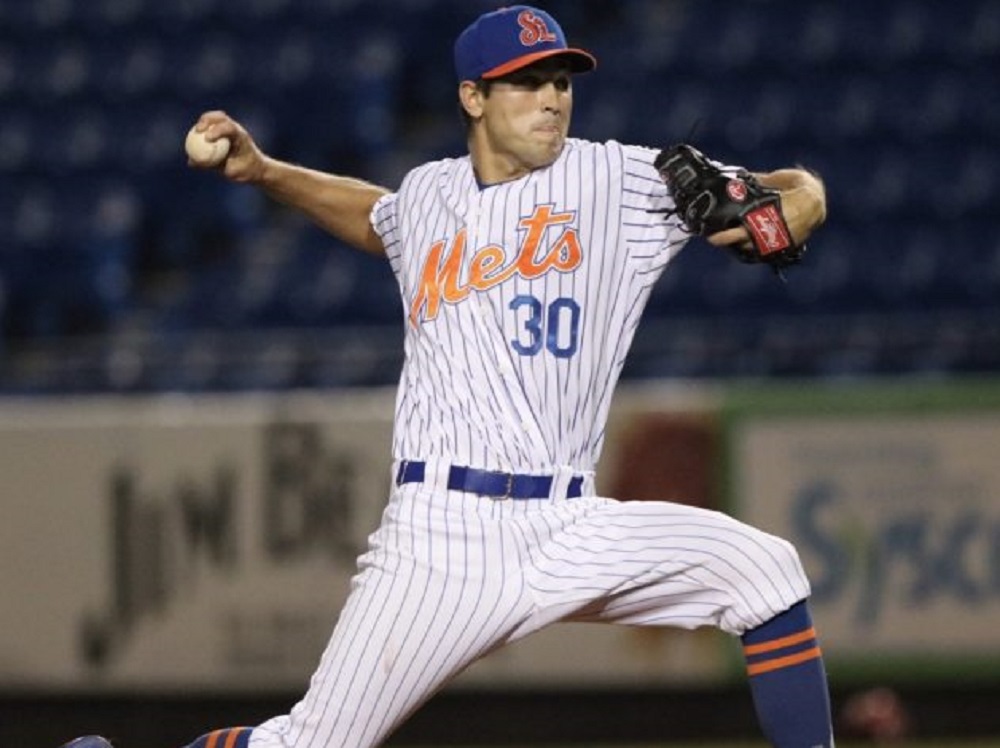 The New York Mets promoted pitcher Stephen Nogosek (2013) the majors on Tuesday from Syracuse of the triple-A International League. He was 0-0, 0.00 in eight games at Syracuse, with 15 strikeouts in 12.2 innings.

Nogosek started the season at Binghamton of the double-A Eastern League but earned a promotion to Syracuse by going 0-0, 0.95 in 11 games, with a save and 20 strikeouts in 19 innings.

Stephen was originally selected by Boston in sixth round of 2016 draft, following his junior year at Oregon. Boston traded him and RHPs Jamie Callahan and Gerson Bautista to the Mets for RHP Addison Reed on July 31, 2017.

He was an infielder/pitcher on our 2013 WCL championship team, the summer before he started his freshman year at Oregon.

Fry, incidentally, was activated on Tuesday after spending 10 days on the injured list with soreness in his left (pitching) shoulder.

We defeated Bellingham 14-5 in Tuesday night in the opener of a three-game series that resumes at 6:30 p.m.  Wednesday. Oregon State lefty Andrew Walling (0-0, 0.00) will make his starting debut for Corvallis, opposed by Washington State righty Bryce Moyle (0-1, 5.40).

We close their opening homestand against the Corvallis Gerding Builders American Legion team at 6:30 p.m.  Friday. We resume WCL action at Yakima Valley on Saturday night.

More Adley Rutschman (2016) news. He was named the 2019 Golden Spikes Award winner in a June 13 ceremony at TD Ameritrade Park. Presented in partnership with the Rod Dedeaux Foundation, the Golden Spikes Award recognizes the top amateur baseball player in the United States based on their athletic ability, sportsmanship, character and overall contribution to the sport.

He is also a finalist for the Buster Posey Award. He was the first player selected in the 2019 MLB draft, by the Baltimore Orioles.

Alum pitcher Nick Duron (2015) of Clark College has signed with the Seattle Mariners, and is now playing for Modesto in the high-A California League. Still only 23 years old, he was playing for the Southern Illinois Miners in the independent Frontier League after being released by the Boston Red Sox following two years in their minor-league organization.

Our 2019 regular season is underway but there are still 27 more home games! Our next home game is tonight, against Bellingham.