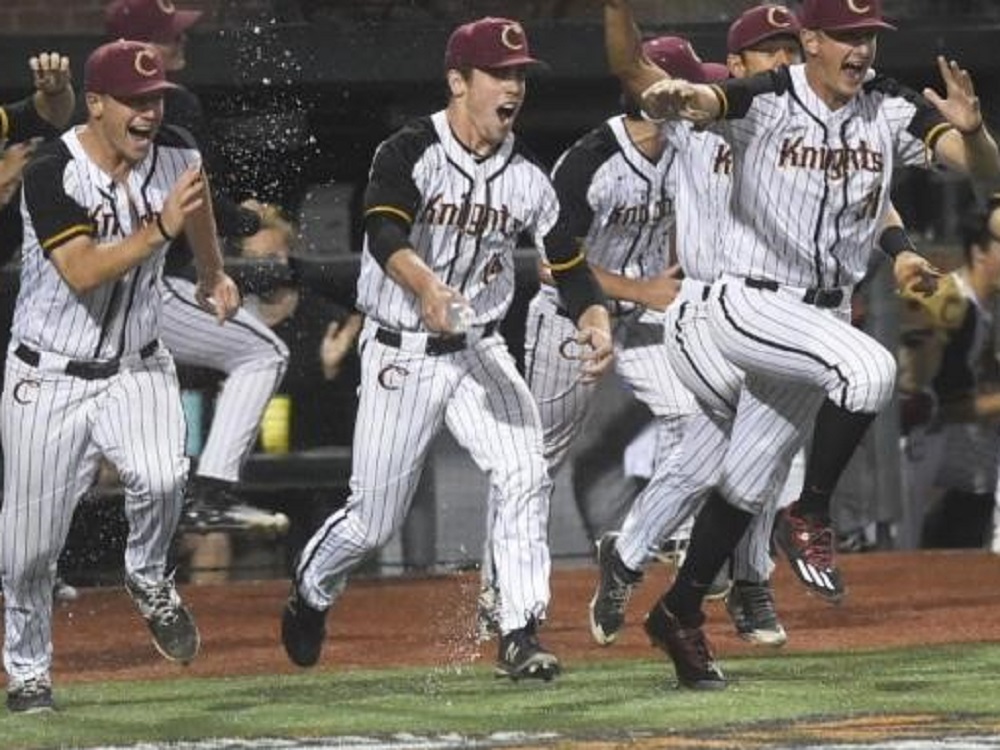 We usher in the 2019 home season with our inaugural Nectar Creek Fan Faire, starting at 5:30 p.m. Thursday. The Knights and the Shrewsbury Renaissance Faire will transform The Castle at Goss Stadium into the 13th century.

Come join us on Thursday to meet the team, enjoy the festivities, check out our concessions offerings and to start celebrating our 13th year in Corvallis. Full concessions will be available. Jugglers, belly dancers, fiddlers and more! See you there.

And at 7:15 p.m. Friday, we start the WCL home season at Goss Stadium with a bang on Samaritan Health Services Opening Fireworks Night against the Cowlitz Black Bears.

It’s the start of a seven-game homestand against Cowlitz (Friday-Sunday), Bellingham (Monday-Wednesday) and the Gerding Builders American Legion team (June 20).

Adley Rutschman is also a finalist for the Golden Spikes Award, Dick Howser Trophy and Buster Posey Award. He was also the first player selected in the 2019 MLB draft. For a complete rundown of drafted Knights, please click here.

Ninety WCL alums were selected in the draft. For more on that story, please click here.

Alum catcher Chris Stewart (2001) of Riverside City College was released from his minor league contract by the San Diego Padres after exercising his right to be let go if not added to the major league roster by June 1.

The 37-year-old hit .277 with two doubles, one homer and eight RBIs in 19 games with Triple-A El Paso. He has played in the major in 12 of the past 13 seasons, with the Chicago White Sox, New York Yankees, Texas, San Diego, San Francisco, Pittsburgh, Atlanta and Arizona.

Our 2019 regular season is underway but there are still 31 more home games! Our WCL home opener is Friday against the Cowlitz Black Bears, starting at 7:15 p.m.

That’s all for today. Have a great week and we will see you at the ballpark!