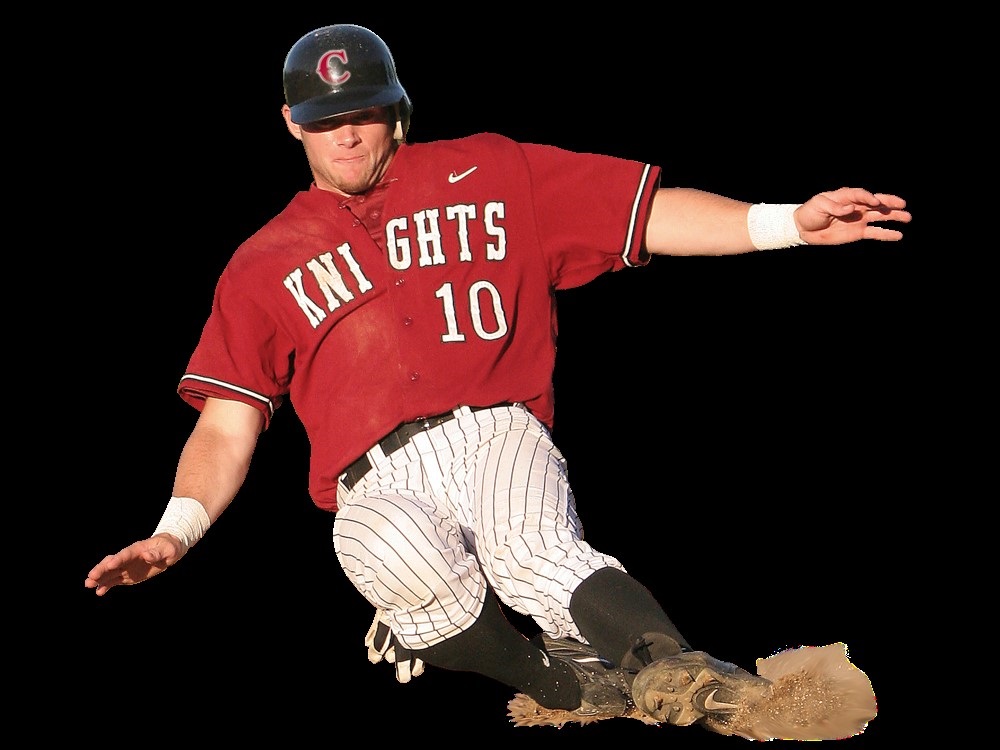 The Toronto Blue Jays have named former Aloha Knights’ infielder Matt Hague (2006, pictured above) as the swing consultant and hitting coach for their Dunedin franchise in the Class A Florida State league.

Matt played at Washington and at Oklahoma State, and in MLB with Pittsburgh and Toronto. He also had a long minor-league career and was the MVP of the International League in 2014 while playing in Buffalo.

In Knights’ circles Matt was known as “Slider Guy,” as he was the player depicted sliding into third base in much of our early promotional material following our move to Corvallis from Gresham before the 2007 season.

We have signed four Oregon State players for the 2020 season.

Matt has also played for San Francisco and Tampa Bay. He is a lifetime .282 hitter in 452 major-league games, with 22 homers and 169 RBIs.

He was originally drafted by San Francisco in 2012 following his junior year at Long Beach State. For more information on Matt’s signing, please click here.

Alum Andrew Susac (2009) has signed a minor-league contract with the Pittsburgh Pirates, who have invited him to spring training. The former Oregon State catcher played for triple-A Omaha in the Kansas City organization in 2019 and hit .234 in 26 games, with four homers and 15 RBIs.

He was originally drafted by San Francisco in the second round in 2012. He has played with the Giants, Brewers and Orioles in MLB.

Also, Tampa Bay has invited alum Dalton Kelly (2014) to spring training. The UC Santa Barbara alum played first base/DH at double-A Montgomery and Triple-A Durham in 2019. He was a 38th-round selection by the Mariners in the 2015 draft.

Our 2020 schedule has now been finalized. We will open the home season against the Portland Sea Dogs on June 2 on Weyerhaeuser Science, Engineering and Art Day. For the complete schedule, please click here.