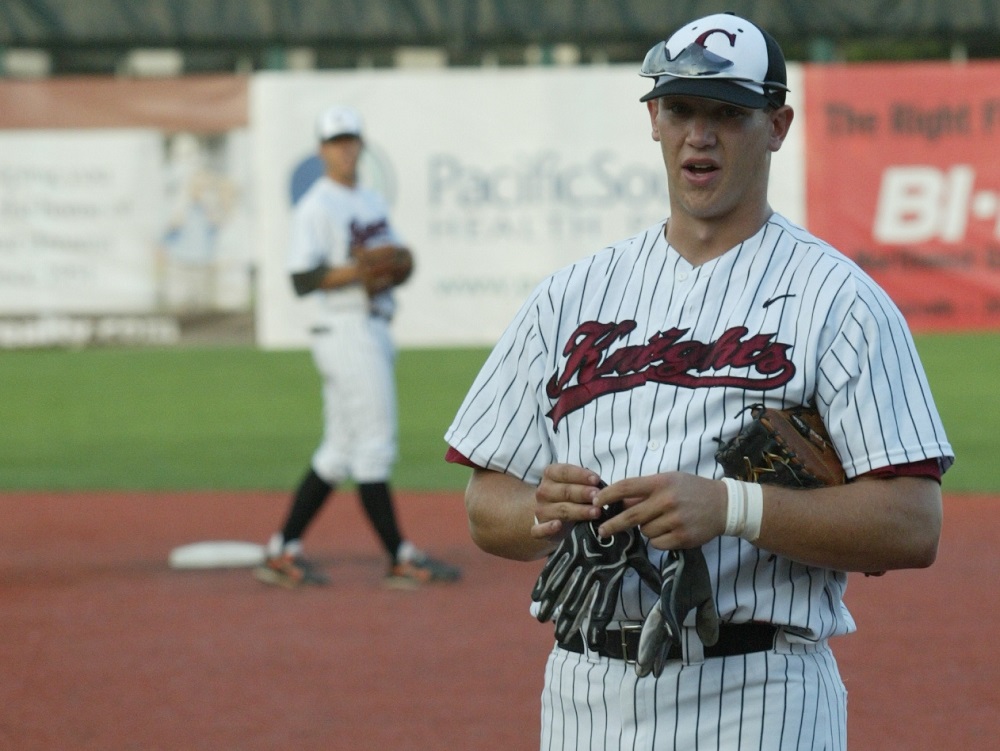 Happy Friday, everyone, from the world-wide headquarters (WWHQ) of the Corvallis Knights, your 2016, 2017 and 2018 West Coast League champions!

We became the first team in West Coast League history to three-peat by defeating Kelowna 5-1 on Thursday night before a Goss Stadium crowd of 1,286 to sweep the WCL Championship Series.

Please click here for more on the championship game from our website, and click here for a nice story by Bob Lundeberg of the Corvallis Gazette-Times.

Some news from our Knights in the professional baseball:

Green played in Japan with the Toyko Yakult Swallows in 2017 and had played with the New Jersey Jackals in the Can-Am League and briefly with Tijuana in the Mexican League this year after being released from a long career in the Detroit organization following the 2016 season.

Richmond (AA Eastern, Giants) pitcher Chase Johnson (2013) allowed three runs in five innings and got the victory in a 6-3 with over Bowie on Thursday night to earn Corvallis Knights Minor League Player of the Day honors. He played at Cal Poly.

That’s all for today. Have a great weekend, and we’ll see you back here on Tuesday.