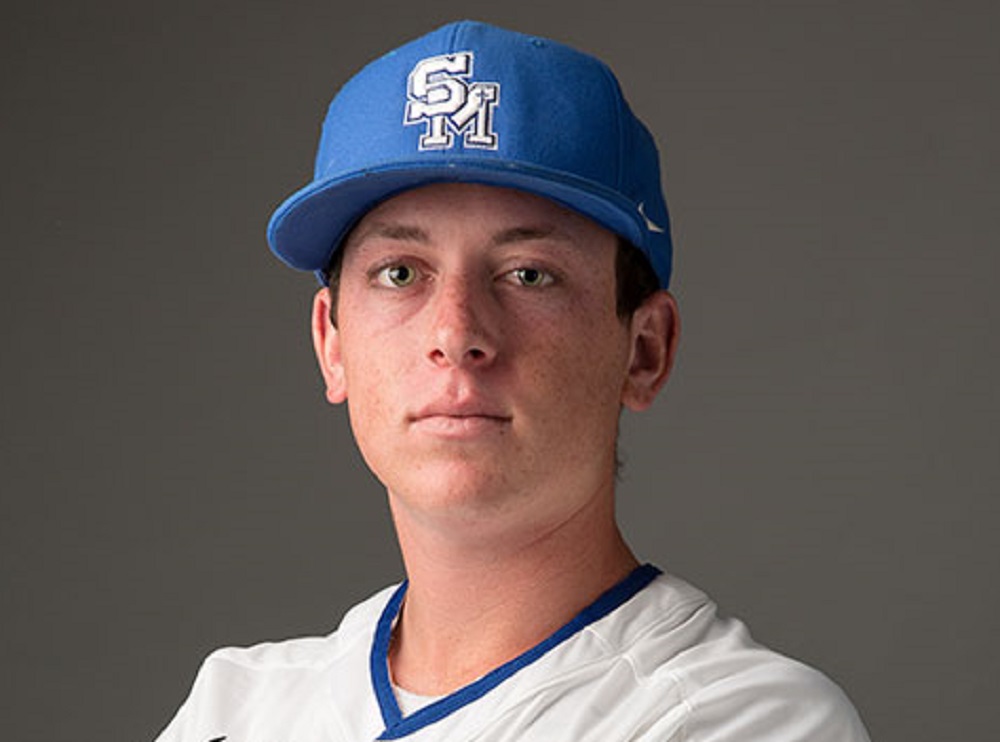 We have signed UC Santa Barbara pitcher Alex Schrier (pictured, above) for the 2020 season. He is a 6-foot, 185-pound freshman right-hander from Santa Margarita High School in San Clemente, Calif.

He was a first-team Trinity League all-star in 2019 after going 2-3, 1.81 in six starts, with 23 strikeouts in 27 innings. He also lettered as a sophomore but did not play as a junior.

Welcome to the Knights, Alex!

The Knights have also signed pitcher Michael Knorr of Cal State-Fullerton.  He is a 6-foot-6, 215-pound sophomore right-hander from Carlsbad High School in Carlsbad, Calif.

Knorr was Carlsbad’s Pitcher of the Year in each of his three varsity seasons. He was a first-team Avocado West League all-star as a junior and senior.

Alum Josh Osich (2008), a left-handed pitcher from Oregon State, is now with the Boston Red Sox. They claimed him on waivers from the Chicago White Sox on Halloween.

Left-handed pitcher Tyler Anderson (2009) was claimed by the San Francisco Giants on Oct. 30 after being placed on waivers by Colorado. He was their first-round selection in the 2011 draft and was the first Knight to go in the opening round.

Our 2020 schedule has now been finalized. We will open the season against the Portland Sea Dogs on June 2 on Weyerhaeuser Science, Engineering and Art Day.

Happy Tuesday/Wednesday, everyone, from the world-wide headquarters (WWHQ) of the Corvallis Knights, your 2016-2017 and…