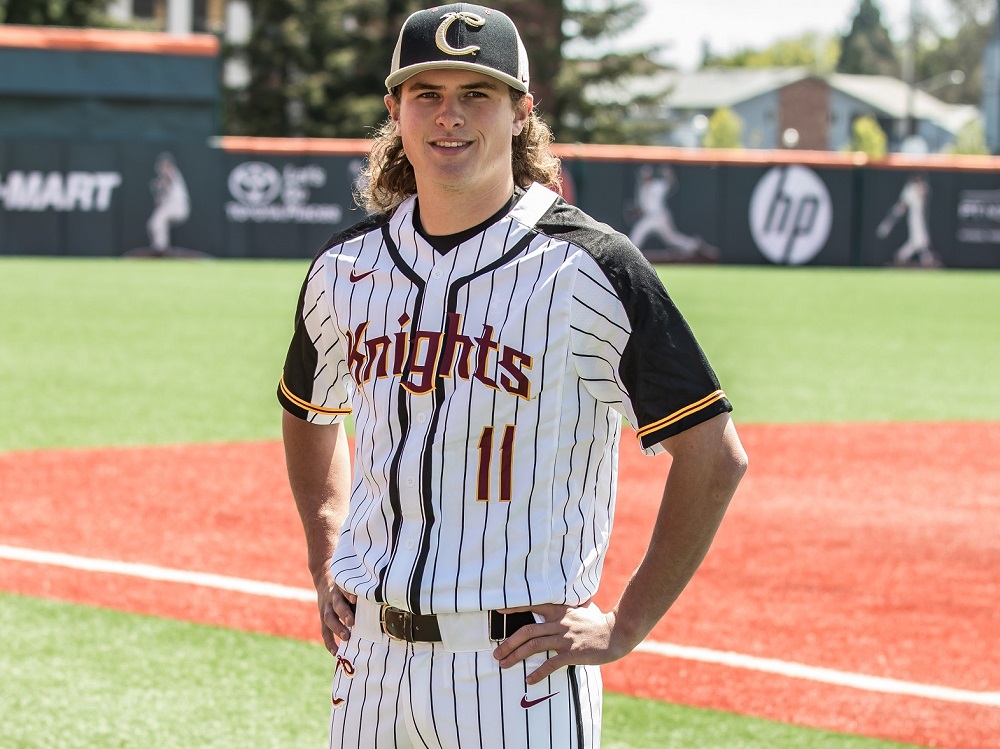 We have signed two players from Linn-Benton Community College for the 2018 season. They are sophomore right-handed pitcher Trevor Wells (pictured, above), a returnee from the 2017 West Coast League championship team, and freshman catcher Cole Hamilton.

Hamilton is a left-handed hitter from North Salem HS in Salem. He signed with Western Oregon for the 2016-17 season but did not play in a game. He was a Greater Valley Conference all-star as a pitcher and catcher at North Salem. His older brother, Austin, played for the Knights in 2012.

“I’m very excited to get back into coaching and could not be more excited to be part of the Knights,” said Knaggs, who coached for 34 consecutive years before taking the last three seasons off after leaving the AppleSox. “I feel lucky to be part of an organization I got a chance to be around for quite a few years.

“It will be different to be in the West Coast League in a different uniform but I can’t think of a better place than Corvallis to do it. I want to do everything I can to help make the experience for the players who come to Corvallis as great as possible.”