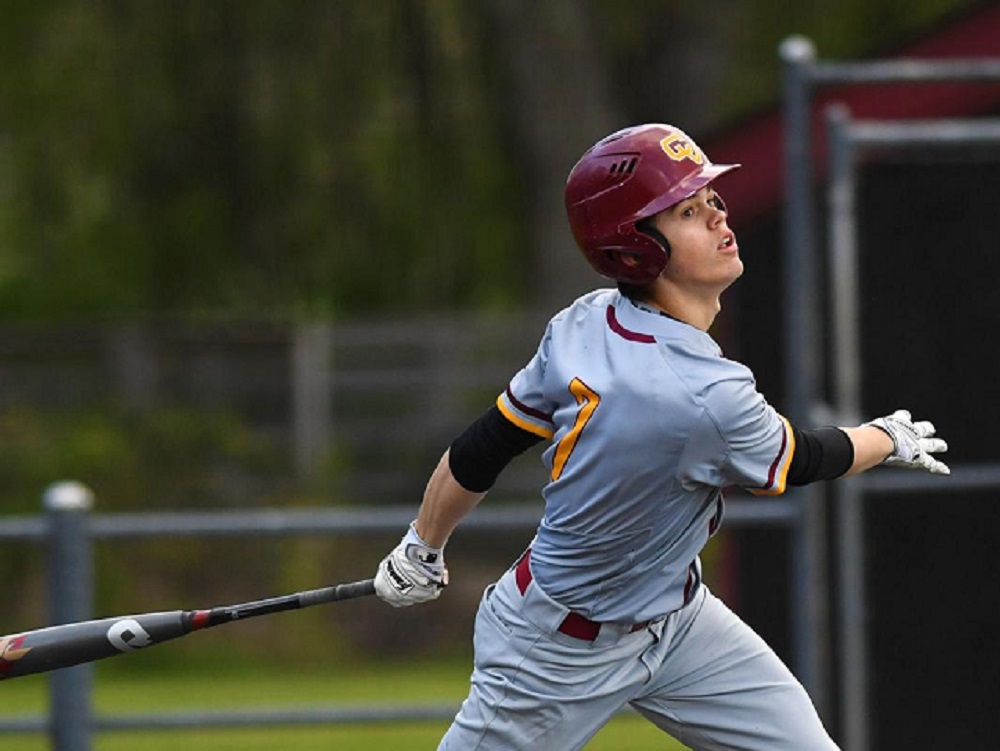 We have signed Crescent Valley graduate Ben Leid (pictured, above) and George Fox University shortstop Brandon King to 10-day contracts for the 2020 season.

Leid is a 6-foot-2, 185-pound catcher/outfielder who is a freshman at Wenatchee Valley College. He was a two-time Class 5A all-state and a two-time Mid-Willamette Conference all-star with the Raiders.

He also played for the South team in the 2019 Oregon All-Star Series.

King is a 6-2, 175-pounders from Archbishop Murphy High School in Arlington, Wash. He was a first-team Class 2A Wesco League all-star as a senior and junior and s second-team selection as a sophomore.

Players are signed to 10-day contracts to add depth early in the season before many of the full-time players arrive. They have a chance to stick with the team for the entire season.

We have also signed two University of Utah freshman who were selected in the 2019 Major-League Baseball draft, catcher Brock Rudy and shortstop Kayler Yates. Rudy was selected by Houston in the 39th round, Yates by the Los Angeles Dodgers in the 31st round.

Rudy is a 6-foot-2, 202-pounder from Northgate High School in Walnut Creek, Calif.  A four-year letterman, he was first-team all-league as a junior and senior.

Yates hit .437 his junior season and had a walk-off hit to win the 2018 state championship. He was also a big part of the team that won the 2017 state title.

Welcome to the Knights.

That’s all for today. Have a great Thanksgiving holiday weekend! See you soon!

Happy Wednesday, everyone, from the world-wide headquarters (WWHQ) of the Corvallis Knights, your 2016 West…