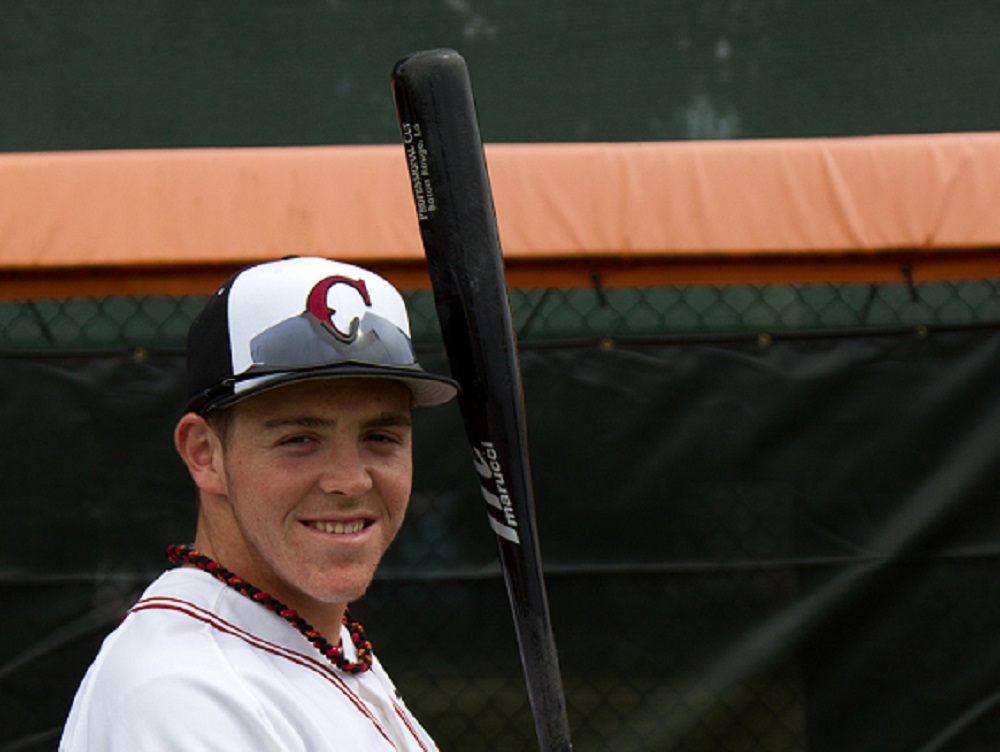 The Los Angeles Angels have released left-handed pitcher Greg Mahle (pictured with the Knights in 2012), a UC Santa Barbara product who was our 2012 MVP. He made it to the majors in 2016 and was 1-0, 5.40 in 24 mid-season appearances.

Greg was selected in the 15th round of the 2014 draft and spent most of the last six seasons in their minor-league organization. He was 25-22, 4.46 lifetime in 218 career games and had pitched in triple-A Salt Lake or double-A Mobile since 2015.

His grandfather, Donald Hughes, played first base in the Detroit Tigers’ minor-league system from 1960-62.

Welcome to the Knights, Gabriel.

An Oregon State product, Susac spent 2019 with Omaha, Kansas City’s franchise in the triple-A Pacific Coast League. He is a catcher.

A right-handed pitcher from Cal Poly, Johnson played most of 2019 with Sacramento, Sacramento’s PCL affiliate. He also played with Richmond in the double-A Eastern League.

Our 2020 schedule has now been finalized. We will open the season against the Portland Sea Dogs on June 2 on Weyerhaeuser Science, Engineering and Art Day.