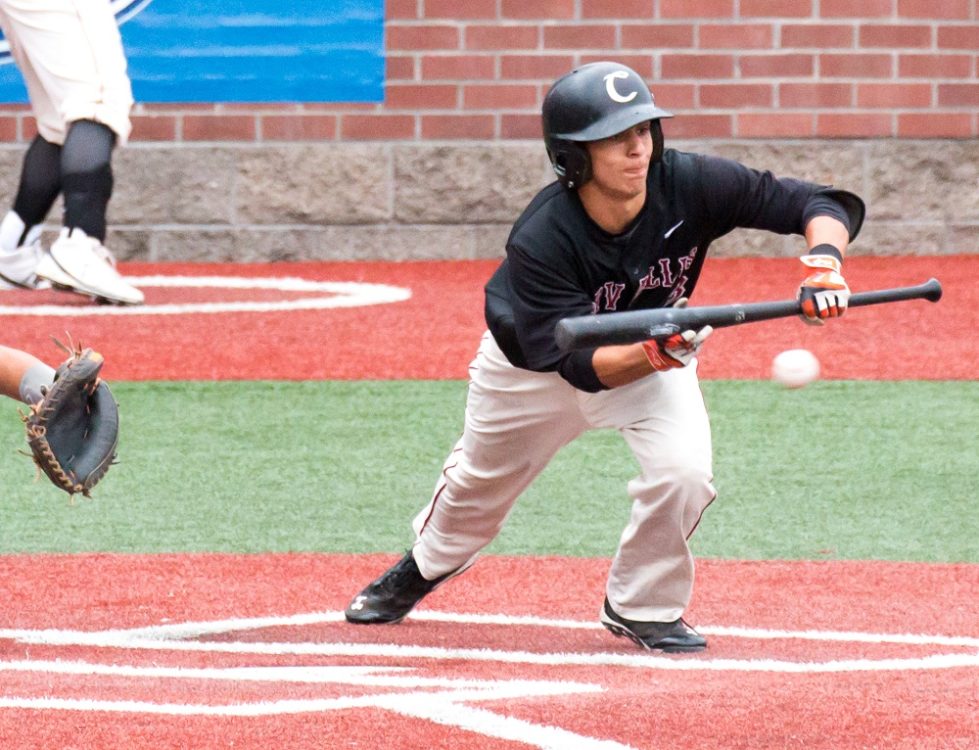 Happy Tuesday, everyone, from the world-wide headquarters (WWHQ) of the Corvallis Knights, your 2016-2017 West Coast League champions! Our May 30 Science, Engineering & Art Day opener with the Portland Sea Dogs is just eight days away, so get ready for another great summer of Knights’ baseball!

Alum Nick Madrigal (2015), a junior second baseman at Oregon State, was named a semifinalist for the Golden Spikes Award on Monday for the second year in a row. It is given annually to the nation’s top amateur player.

Madrigal was named a semifinalist despite playing in just 26 of 52 games this season. He’s batting .435 with two 11-game hit streaks, and has six doubles, four triples, two home runs, 27 RBIs, eight stolen bases, and a 1.000 fielding percentage on 120 total chances.

Madrigal is also a semifinalist for the Dick Howser Trophy. That honor is also given to the nation’s top player by the National Collegiate Baseball Writers Association (NCBWA).

Linfield third baseman Alec Cook has signed a 10-day contract with the Knights for the 2018 season.

Welcome to the Knights, Alec!

The Arizona Diamondbacks optioned reliever Jimmie Sherfy (2011) to Reno of the triple-A Pacific Coast League on Sunday after a brief stay with the big club.

Knights’ teammate Jace Fry (2011) has taken on the closer’s role for the Chicago White Sox. He had his first career save on May 20, against Texas, and is 0-0 with a 0.00 ERA in seven games, with 12 strikeouts in 8.1 innings. He is a lefty from Oregon State.

A motivated team of interns will play a major role in the off-field success of the Knights during the 2018 West Coast League season.

Our interns will work with almost every aspect of the Knights organization, from merchandise sales, on-field entertainment, marketing, data analytics, ticketing and branding. Many receive academic credit and are exposed to the sports business via a wide range of preseason and summer projects that require critical thinking, creativity, enthusiasm and commitment.

“I am incredibly pleased with our interns this season,” said Bre Miller, the Knights President and General Manager. “They are motivated, intelligent and eager to learn. “I could not be more excited to be going into the season with this group of young talent.”

Walla Walla has signed freshman walk-on outfielder Cesar Lopez of Cal Poly Pomona for the 2018 season. Please click here for more on that story, from Our Sports Central.

Lots of news on new WCL commissioner Rob Neyer in this story from the Portland Tribune newspaper.

That’s all for today. Have a great week, go Beavers, and we will see you on Friday.