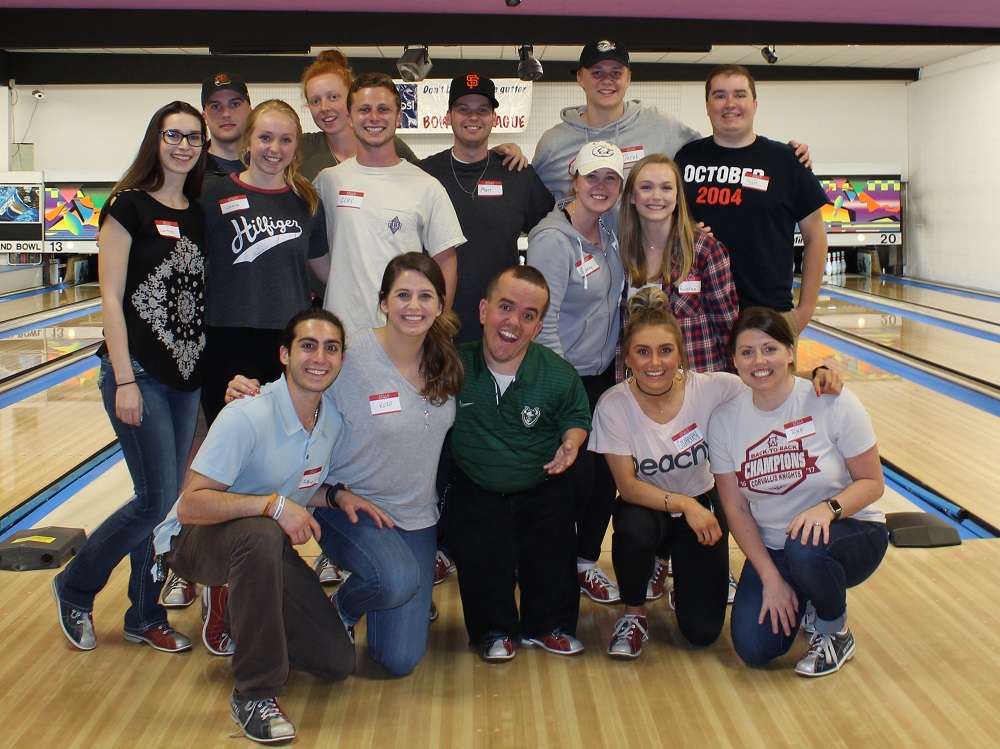 A motivated team of interns will play a major role in the off-field success of the Corvallis Knights during the 2018 West Coast League season.

The team’s interns will work with almost every aspect of the Knights organization, from merchandise sales, on-field entertainment, marketing, data analytics, ticketing and branding. Many receive academic credit and are exposed to the sports business via a wide range of preseason and summer projects that require critical thinking, creativity, enthusiasm and commitment.

“I am incredibly pleased with our interns this season,” said Bre Miller, the Knights President and General Manager. “They are motivated, intelligent and eager to learn.

“I could not be more excited to be going into the season with this group of young talent.”

The team’s merchandise interns help design, market and sell the Knights new merchandise for the 2018 season. They also organize and set up the displays; order and inventory merchandise and process all transactions.

This year’s merchandise team is headed by Hayley Pullen, an OSU marketing major from Sandy whose favorite team is the Beavers.

She will be assisted by:

OSU digital communications major Kalib LaChapelle returns for his second summer with the Knights. He will run the video board and will serve as the stadium DJ and handle the digital marketing, Facebook and Twitter accounts. A Burns native, his favorite team is the Boston Red Sox.

Also on the promotions team are:

Miller will oversee the operations interns. They are:

Hunter Biviano will manage the press box. An OSU marketing major from Salem whose favorite team is the New York Yankees, Hunter will oversee partner marketing and serve as the team statistician and press box manager.

“All of our interns are great additions and will be exposed to a real-world work environment,” Miller said. “They have hit the ground running and are off to a good start.”