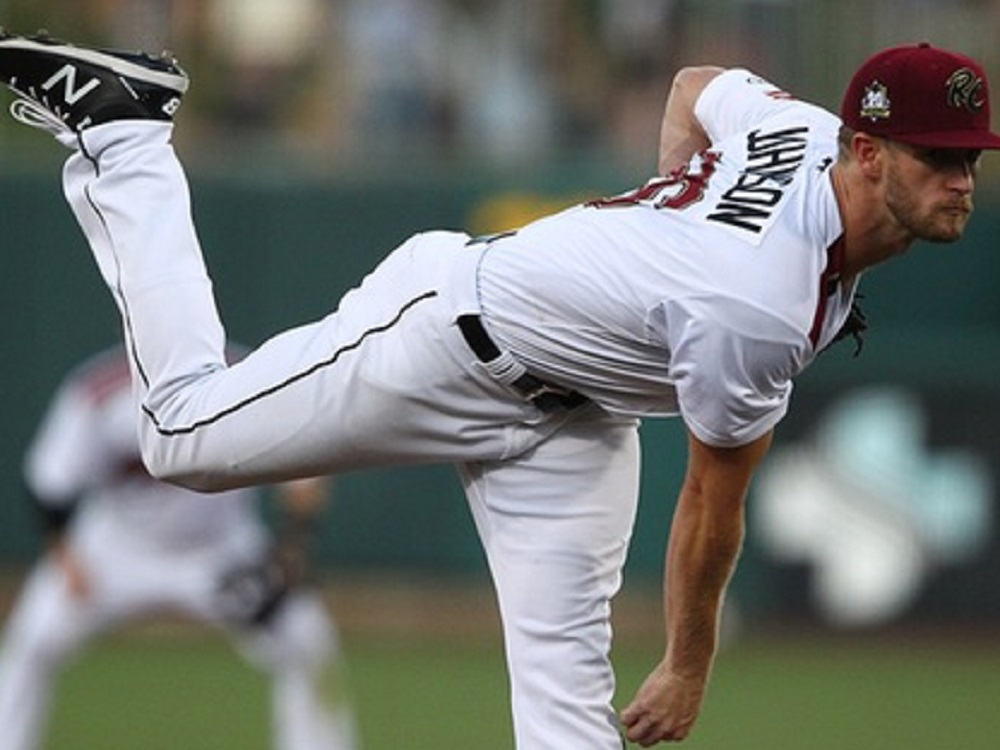 Alum Chase Johnson (2011, pictured above) has signed with San Diego as a free agent. The former Cal Poly right-hander spent the past seven years in the Giants’ organization after being selected by them in the third round of the 2013 MLB draft.

Chase was 5-0, 1.83 for our 2011 title team. He was ranked as the West Coast League’s No. 5 pro prospect by Perfect Game and the No. 10 prospect by Baseball America that summer.

“Qsar has been really hot lately and surely hope he can keep it going,” Knight said. “Perez has been pretty consistent.  He got touched up finally this past weekend, but he should be fine.

“Frank can be flat out filthy at times. He has a lot of confidence and loves to compete.”

The Heat (17-11) are in second place in the Southwest Division, one game behind the Adelaide Giants (16-8). The teams play a four-game series at Adelaide this weekend.