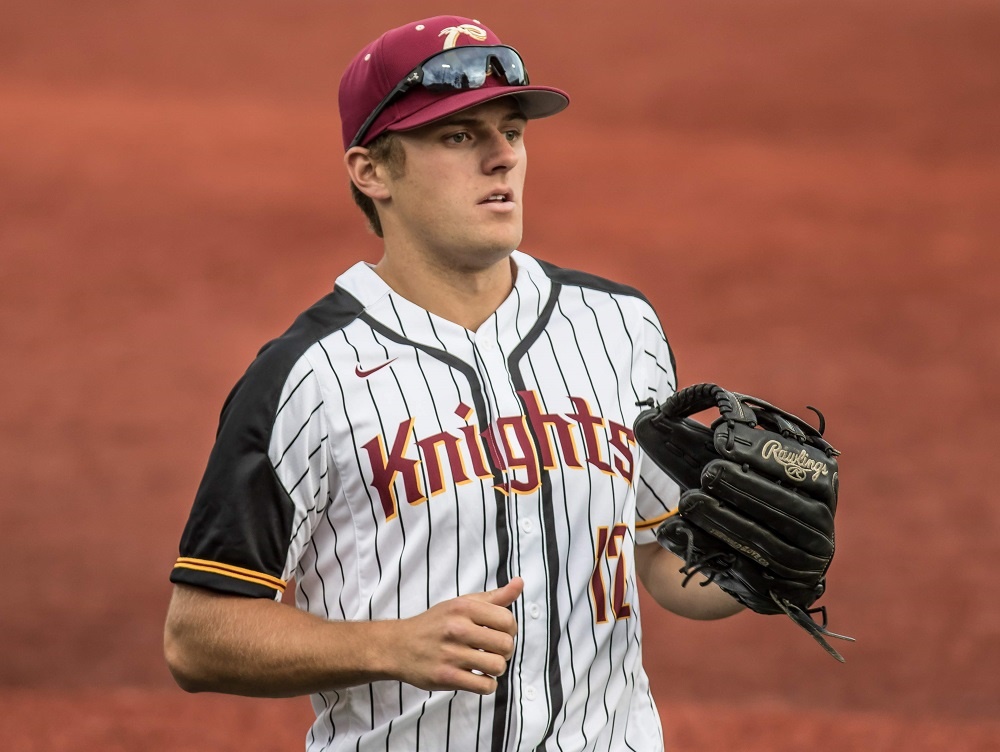 Center fielder Chandler Anderson (Utah, pictured above) had a double, two singles and a run scored to lead the Knights. Corvallis had 12 hits but squandered several scoring opportunities and left 10 men on base.

The Knights lead Walla Walla by one-half game in the South Division after going 4-2 on a six-game road trip that began in Port Angeles, Wash. They are idle on Monday, their first off day since June 11.

Corvallis returns to Goss Stadium on Tuesday for a season-long eight-game homestand. It starts with a three-game series with the Portland Pickles, the WCL’s newest team.

Tuesday is Keep Portland Weird Night. The first 100 fans receive a pickle commemorating our first game with the Pickles. It’s also a 2Towns Tuesday, with special discounts on hard cider and $2 Tacos. Game time is 6:30 p.m.