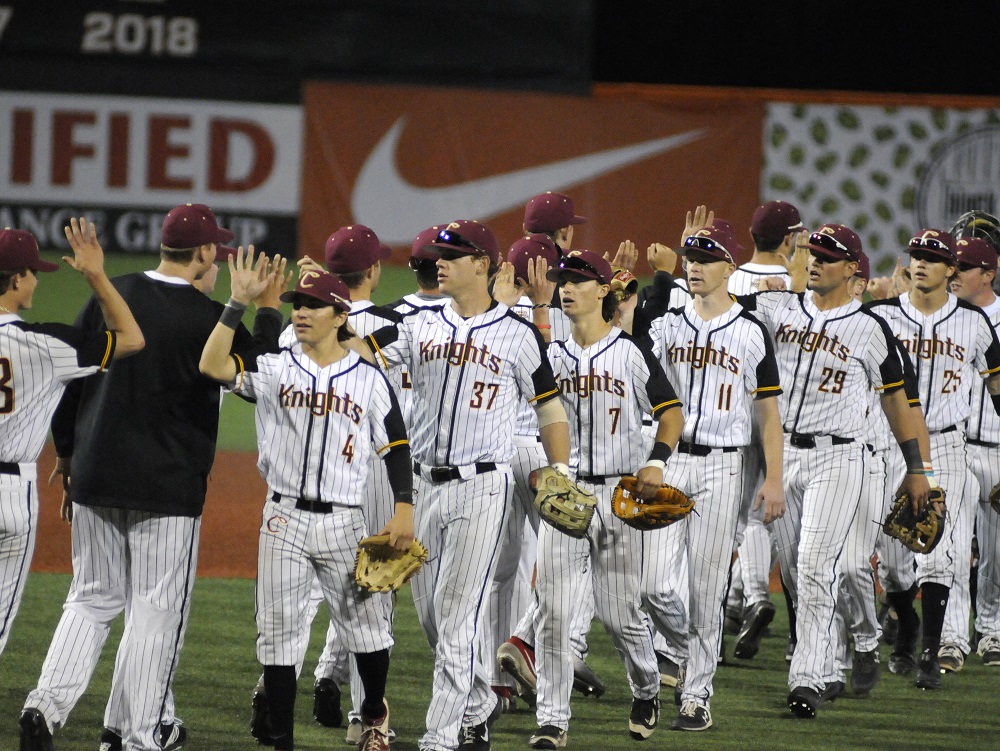 If the Corvallis Knights were fortunate enough to capture game three of the WCLDS tonight at Goss Stadium, they would advance to the West Coast League Championship Series. There are two schedule scenarios depending on who wins the WCL North Divisional Series between Victoria and Wenatchee.

Come root on the hometown team tonight at OSU’s Goss Stadium as the Knights play a decisive game three against the Walla Walla Sweets. With a win this evening, below are the schedule scenarios:

If the Knights win tonight and the Victoria HarbourCats win their decisive WCLDS game three vs. Wenatchee this evening, Corvallis will open the West Coast League Championship Series on Friday, August 16 in Victoria, with game two set for Saturday, August 17 at Goss Stadium with a first pitch of 7:05 pm. And if necessary, game three would be played at Goss on Sunday, August 18; starting at 5:05 pm.

If the Knights win tonight and the Wenatchee AppleSox take WCLDS game 3 at Victoria, the WCLCS dates will remain as scheduled with Corvallis opening the WCLCS at Wenatchee on Saturday, August 17. Game two of the WCLCS would be at Goss Stadium on Monday, August 19 at 6:30 pm. And if necessary, game three would be played at Goss on Tuesday, August 20 at 6:30 pm.