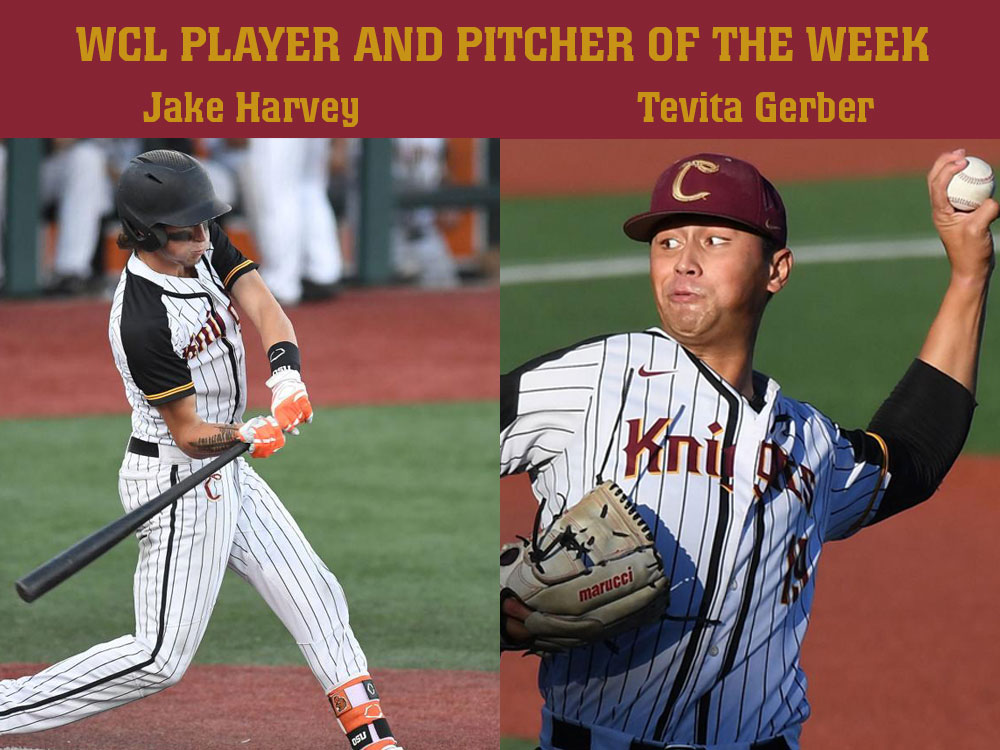 Corvallis captured its fourth straight WCL title last night by beating Victoria 11-1, to earn the club’s 7th title since the league was established in 2005.

Gerber won two post-season games, twirling gems at Walla Walla in game one of the WCLDS and the WCLCS finale vs. Victoria at Goss Stadium. Gerber posted a 1.42 playoff ERA and struck out 16 over 12.2 innings pitched.

Tevita, who will be a senior next spring, won a total of 9 games this summer, 7 in the regular season and 2 in the post-season, to lead all WCL hurlers.