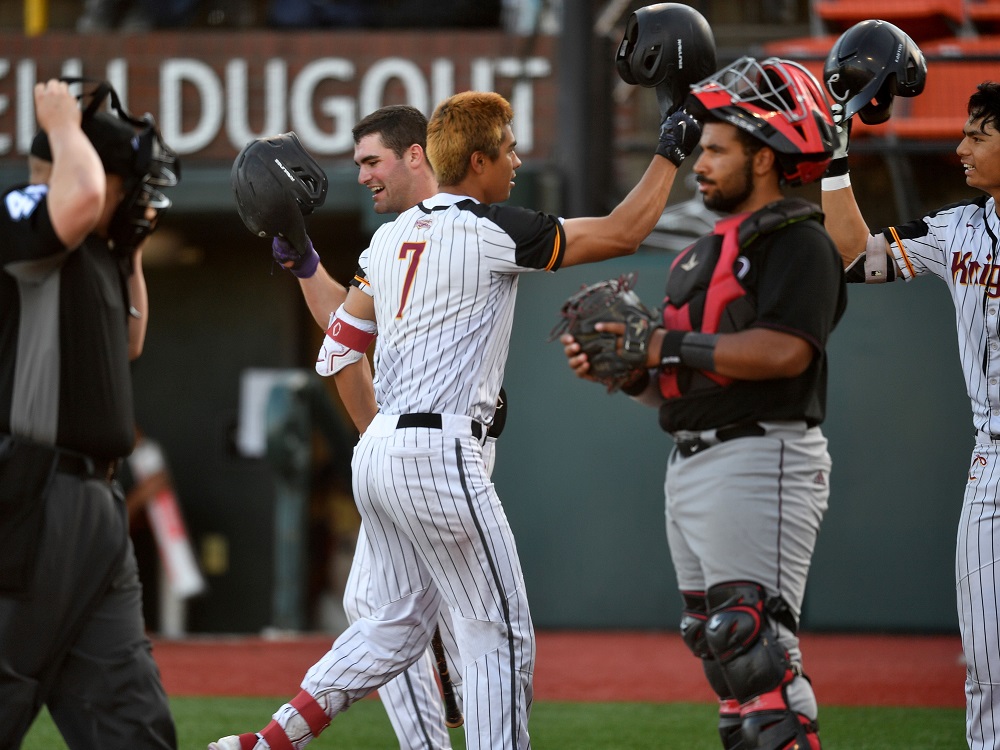 The AppleSox thus completed a comeback from a 4-0 deficit. Corvallis won 7-5 in 10 innings in Friday night’s series opener.

RBI singles by Temo Becerra (Stanford, pictured above) and Ely Kennel (Oregon State in 2023) put Corvallis ahead 2-0 in the second inning. The Knights added an unearned run in the fourth and Luca DiPaola (USC in 2023) had an RBI single for a 4-0 advantage in the fifth.

However, Wenatchee pulled even with two runs in the fifth and two more in the sixth. There was no more scoring until the ninth.

The Knights then conclude the 10-day road trip with a 2 p.m. makeup game at Portland on Monday. They open a three-game home series with Cowlitz at 6:35 p.m. Tuesday. It runs through Thursday and all three games start at 6:35.

Corvallis clinched its 15th consecutive postseason berth on July 7 by winning the South Division’s first-half championship by two games over Ridgefield. The Knights will be the No. 1 seed in the South Division playoffs.