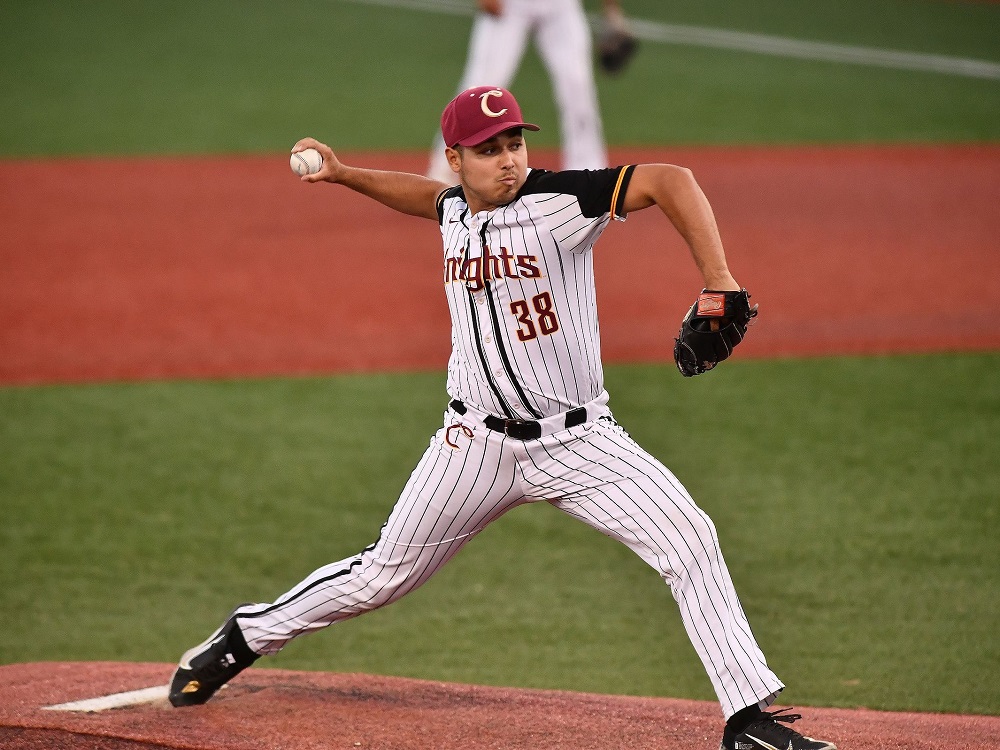 Friday, July 15, Wenatchee, Wash. – Corvallis defeated Wenatchee 7-5 in 10 innings at Paul Thomas Sr. Field in the opener of their West Coast League series to end a long day of travel on a high note.

The Knights scored two unearned runs in the 10th to surge ahead and reliever Kaleb Kantola (Lipscomb) slammed the door shut in the home half to earn his second win of the summer. Wenatchee had forced extra innings by scoring twice in the ninth, aided by two walks and a wild pitch.

In the 10th, a two-out error scored Briley Knight (Portland) with the eventual winning run. Jonah Advincula (Redlands) followed with an RBI single to give Corvallis a 7-5 advantage and some additional breathing room.

Kantola then set Wenatchee down in order in the home half on two strikeouts and a groundout. He finished with 1.2 scoreless innings and three strikeouts.

Corvallis started Friday morning in Edmonton, Alberta, fresh off a 2-1 series win over the first-year Riverhawks. The team flew to Kelowna, B.C., then bussed the 220 miles down to Wenatchee.

Starter Jesse Barron (San Francisco, pictured above) spaced nine hits and allowed one earned run in seven innings, striking out three without a walk. He was in position for his team-high fourth win of the season until the AppleSox tied the game in the ninth.

Advincula had three hits, drove in two, scored once and raised his average to .343. He has five multiple-hit games in his last eight starts. Mason Le (CSU Northridge) doubled and singled twice, extending his hitting streak to six games in a row.

Knight had two hits for the second game in a row and scored twice. Spencer Scott (Portland) scored three times and Tyler Quinn (Pacific U) had two hits and an RBI.

They clinched their 15th consecutive postseason berth on July 7 by winning the South Division’s first-half championship by two games over Ridgefield. They will be the No. 1 seed in the South Division playoffs.

The Knights then conclude their lengthy road trip with a makeup game at Portland on Monday. Their next home series following the road trip is Tuesday, Wednesday and Thursday against Cowlitz. It will be their first home game since July 7,