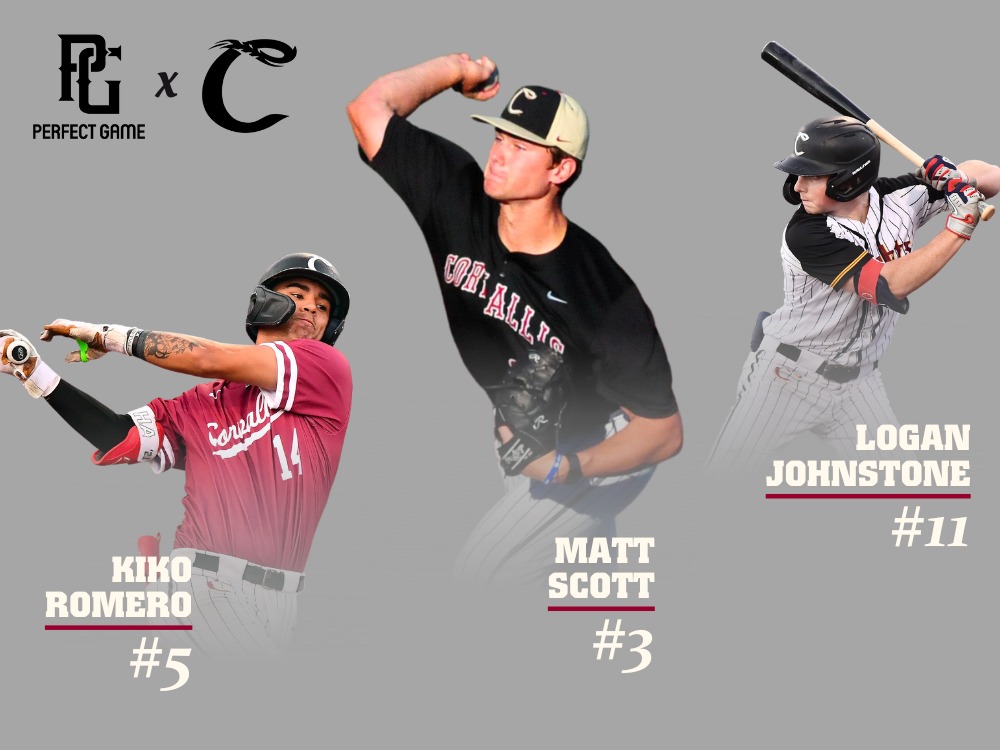 Scott is a freshman at Stanford and was rated the West Coast League’s #3 prospect. Matt was the Knights top prospect and started the team’s WCL championship game versus Bellingham at Goss Stadium.

Romero, a second-team all-WCL selection, was ranked as the league’s #5 prospect. Kiko is a redshirt sophomore at University of Arizona. He played two summers in Corvallis following springs at NJCAA national champion Central Arizona College.

Johnstone is a sophomore at Gonzaga of the West Coast Conference and was rated the WCL’s #11 prospect. The sweet swinging left-handed hitter led the Knights in regular-season batting with a .352 average.