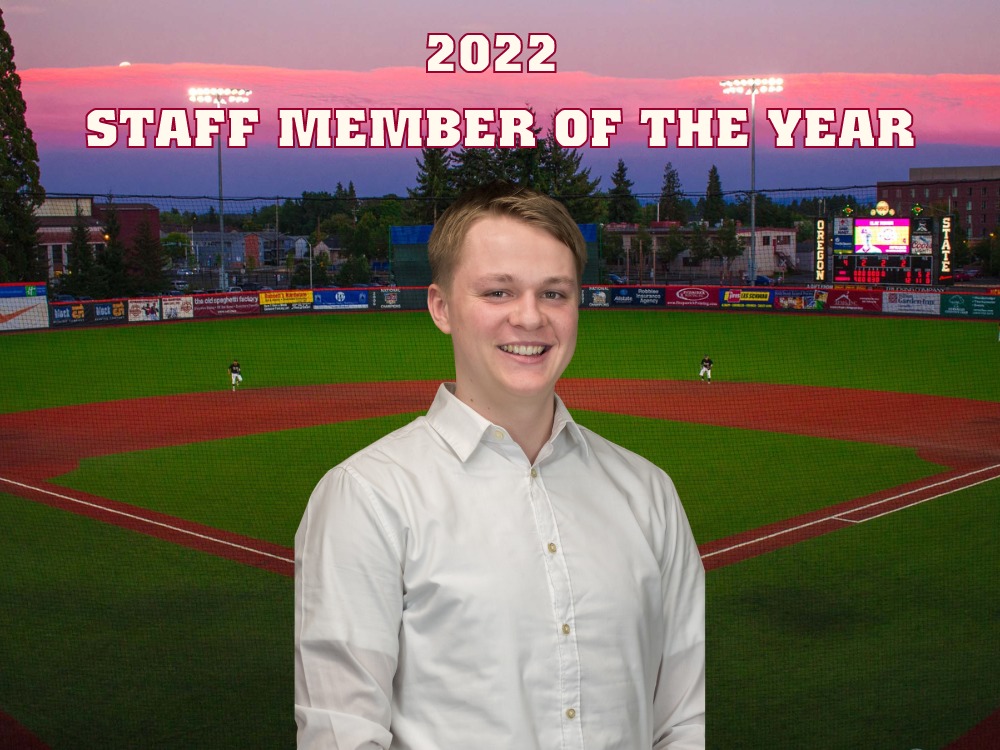 Voting was conducted by his co-workers and was unanimous. It is the second such honor for Buchheit, a Stayton native who originally joined the Knights as an intern for the 2018 season. He was also honored in 2020.

This past summer, the Knights captured their sixth consecutive West Coast League championship and established franchise records in total (61,390) and average per-game (1,805) attendance.

“Derek really stepped up this year in taking on a new ticketing platform amongst a list of other critical duties,” Knights president Bre Miller said. “He has really blossomed in his few years with the Knights and is a top-notch employee.

“While Derek has his own responsibilities, from ticketing to facilities, he is always the first to ask how he can help one of his teammates and looks for ways to improve the team’s effectiveness and efficiencies.

“We are lucky to have him representing the hometown team.”

Buchheit joined the Knights as an intern in 2018, following his graduation from Oregon with a degree in business administration, with a concentration in sports business.