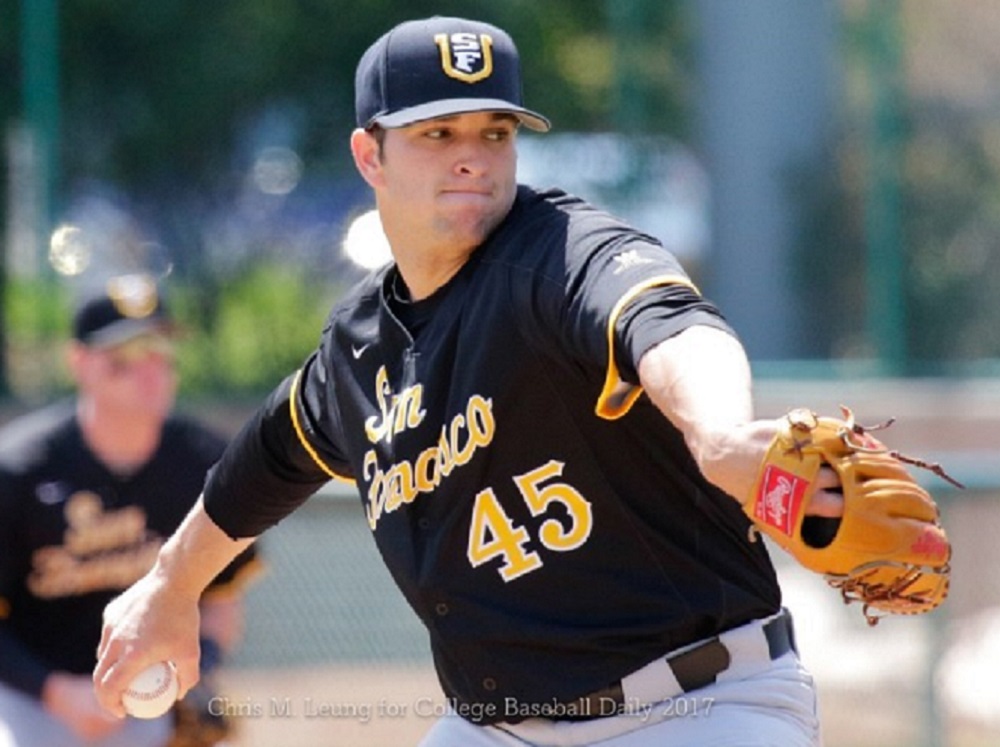 BEND – Pitchers Daniel Slominski and Kolby Somers teamed up on a 3-hit shutout as the Knights edged Bend 1-0 in the opener of their West Coast League series at Vince Genna Stadium.

A senior-to-be at San Francisco, Slominski (pictured, above) allowed three hits over 7.2 innings, with four strikeouts. He threw 57 strikes in 86 pitches and lowered his ERA to 1.93 over 18.2 innings in three appearances but got a no-decision for the third game in a row.

Somers (Oregon) got the final out of the eighth inning, stranding a runner at third, and then struck out the side in the ninth while throwing 13 strikes in 19 pitches in his first 2018 appearance. He was a key member of our 2017 team coming out of the bullpen.

The Knights (11-7-1, 10-5 WCL) thus remained in first place in the South Division following their eighth win in their last nine WCL games, ahead of Walla Walla and Portland.

Corvallis scored in the ninth without a hit, taking advantage of three walks and two wild pitches that enabled Cameron Haskell (Arizona) to cross with one out. Chad Stevens (Portland) had two hits for Corvallis.

The series finale is set for 5:05 p.m. Sunday. Landen Bourassa (2-0, 0.00) of San Francisco will start for Corvallis; no probable has been announced for the Elks.